Silver lining of Covid-19: humanity used less of the earth’s resources this year 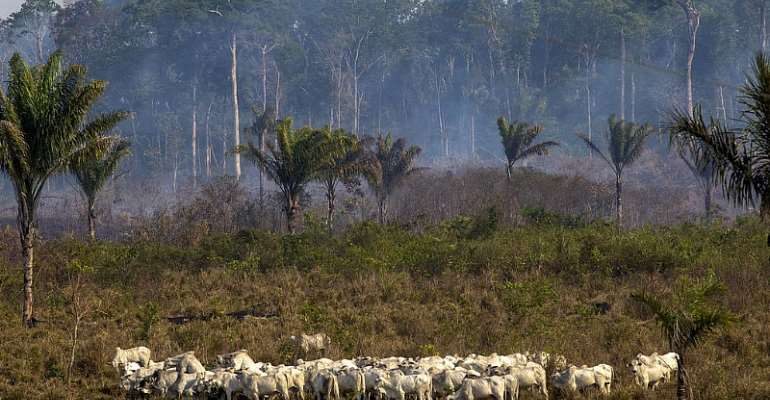 Humanity will have burned through all the natural resources that the planet can replenish for 2020 by August 22, according to researchers who said the grim milestone is slightly later than last year after the coronavirus pandemic slowed runaway consumption.

So-called Earth Overshoot Day, the date when humanity has used all the biological resources that Earth can renew annually, has crept steadily earlier since the 1970s, according to the Global Footprint Network.

The group calculates the point was reached on August 22, compared to July 29 in 2019, marking a rare reversal after worldwide lockdowns to slow Covid-19 caused a temporary decline in emissions and wood harvesting.

This reduced humanity's footprint by 9.3 percent compared to last year, they said.

But that is "not something to celebrate", said Mathis Wackernagel, president of Global Footprint Network, in an online presentation on Thursday.

"It's not done by design, it's done by disaster," he added.

Researchers calculate the date humanity overshoots its 'planetary budget' by looking at "all the human demands" for food, energy, space for houses and roads and what would be needed to absorb global C02 emissions, Wackernagel said.

Comparing that with what is sustainably available, they estimate that humanity is using 60 percent more than can be renewed - the equivalent of 1.6 planets.

"It's like with money. We can spend more than what we earned, but not forever," said Wackernagel.

The study estimated that the pandemic had driven a 14.5 percent decrease in humanity's carbon footprint compared to 2019, while forest products saw an 8.4 percent fall, largely because of smaller harvests anticipating poor demand.

Researchers said that the pandemic had caused huge disruption to global agricultural systems and markets, but concluded that ultimately there was little change to the scale of humanity's food footprint.