Covid-19 cases on the rise in Italy 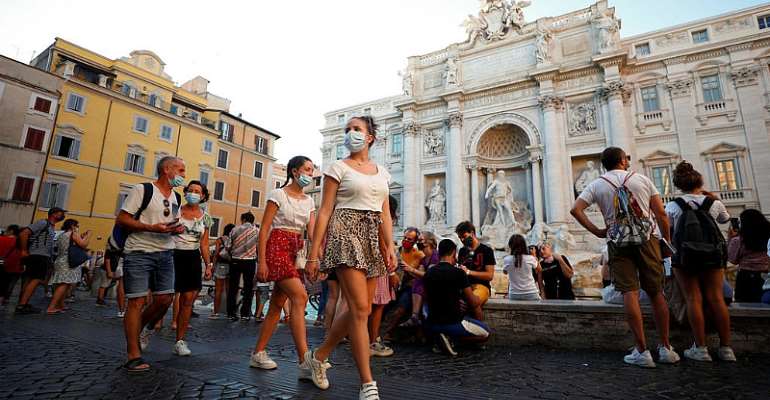 Italy, so far among the European countries relatively spared by the resurgence of the coronavirus, recorded in 24 hours 845 new cases, its highest figure since 23 May, health ministry officials said.

For the third consecutive week, Italy has experienced an increase in coronavirus cases in all regions.

In the last 24 hours, the country registered 845 new infections, according to the health ministry figures released on Thursday. In addition, 281 new clusters have been recorded in one week.

"We are not in as bad a position as France and Spain, but the current situation is not satisfactory," said Professor Massimo Galli, who heads the infectious diseases department at Sacco hospital in Milan.

'False security'
"The end of confinement has resulted in an excessive feeling of false security," he told La Repubblica newspaper.

Italy emerged from a severe lockdown in May after becoming one the first European countries to report cases of Covid-19.

"We have to be careful, otherwise we will find ourselves facing an extremely difficult situation," Galli warned, pointing particularly to returning travellers over the summer vacation.

Young people
"I don't want to look like the one blaming young people, there are certain episodes that have struck me, like nine young people who tested positive after returning from Croatia.

"Every day we receive reports of this type," Galli said.

The highest number of cases were reported in the northern Veneto and Lombardy regions, with 159 and 154 and in Rome's Lazio region with 115.

France and Germany have also recorded their highest daily infection rate in months.