Time To Break The Monopoly Of WAEC 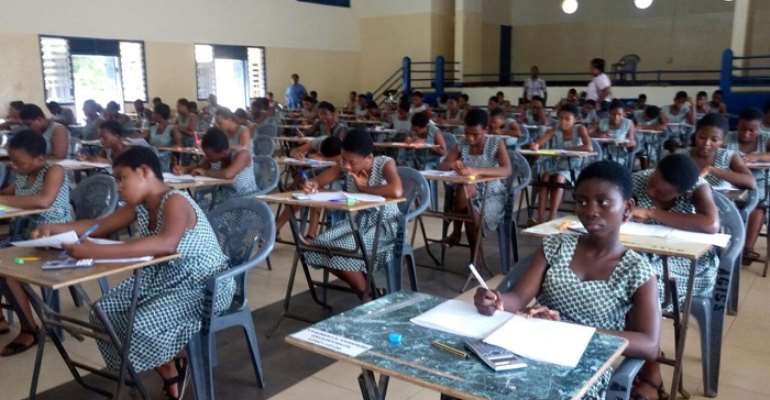 Four West African countries such as Ghana (then Gold Coast), Nigeria, Sierra Leone and The Gambia in 1951 enacted the WAEC Ordinances. Subsequently, Liberia joined as the fifth West African country to undertake exams organized by WAEC.

The decision to enact the WAEC Ordinances by these West African countries was necessitated by a certain report known as Jeffrey Report. The said report advocated strongly in support of a proposal to set up a regional examining board to standardize and harmonize pre-university assessment procedures in the then British West Africa. The main objectives were: “i) To conduct examinations in the public interest and, ii) To award certificates, provided that the certificates did not represent lower standards of attainment than equivalent certificates of examining authorities in the United Kingdom”

During the 30th anniversary celebration of the establishment of WAEC, in 1982, Monrovia, Liberia, the Convention that established WAEC was signed. The Convention was later ratified by member countries and it came into force in 1984. The Convention gave uniform legal backing to the operations of WAEC in all the member countries as earlier stated. The Government of Ghana in 1987 conferred on WAEC Headquarters in Ghana certain privileges and immunities.

Now, to situate this conversation in a proper context, it would be appropriate to, first of all, juxtapose the current happenings in Ghana regarding exams conducted by WAEC with its vision statement as indicated above. Given the recent happenings regarding examination malpractices at the various pre-tertiary institutions within our educational sector, the legitimate question to ask WAEC is that, how would these increasing activities of examination leakages and malpractices add value to the educational goals of Ghana? Again, how would these malpractices ensure that WAEC assessments are qualitative, reliable, and credible? How would all these negative happenings bring about academic and moral excellence as envisaged in their mission statement 69 years ago? And finally, how would these negative activities promote sustainable human resource development in the country and what would be the fate of holders of WAEC certificates given that we live in a global village where all these exam malpractices reported online and accessible by anyone by just a click of a button?

As an academic and a researcher, I must say that I agree with all those who are calling for the monopoly of WAEC to be broken. It is sad to note that, the standards of examination in our country by WAEC appear to be getting deteriorated. For the first time in the history of WAEC in Ghana, names, contact details such as phone numbers, postal addresses, and email addresses, etc of WAEC examiners are made available to the public and by extension students. Sadly, the management of WAEC through Madam Agnes Norkor Teye-Cudjoe, Public Relations Officer confirmed that the list of WAEC examiners in the public domain is authentic except that she shamefully attempted to downplay or dismiss its negative consequences on the credibility of the ongoing 2020 WASSCE.

Again, for the first time, we are told by education authorities that the govt of Ghana spent about Ghc21 million to buy 400,000 past questions spanning 2013 to date for the 2020 final year SHS students. Additionally, it emerged that, WAEC marking schemes and Chief examiners reports have been made available to the 2020 WASSCE candidates by government. It is important to point out that, these practices are alien to our educational system as a country.

So, the question to ask is, what informed these unpopular decisions by the govt? It is public knowledge that no serious teacher or lecturer at any educational level would be happy to see his or her students copying in order to pass an examination. Such tendencies cast a damming verdict on the quality of teaching and learning at our educational institutions. Whilst many teachers across within the public and private schools are bending over backward to ensure that our educational standards in the country are improved, it is completely unfair to these teachers to make their sacrifices go down the drain through these malpractices.

I think the way out to tackle this menace is to break the monopoly of WAEC and open the assessment or examination sector to more competent and credible bodies. Competition mostly brings out the best. Partisan politics in Ghana has virtually destroyed every good thing that our first President and Founder, Dr. Kwame Nkrumah bequeathed to this country 63 years ago. It appears that education is the next item on the destruction table.

We cannot afford this as a country, we must guard our educational system jealously because a well-educated nation is a prosperous nation. It is completely unethical to imbibe in the minds of young students that the only way for them to attain academic excellence is through exams malpractice or cheating. All well-meaning Ghanaians must join hands to save our educational system now.

It would be hypocritical on anyone’s part to assume that WAEC over the years hasn’t achieved some successes. Certainly, they have and no one can take that away from WAEC, however, I believe a time has come for a re-assessment of the work of the examination body and to possibly break its monopoly thus allowing other credible examination bodies to favourably compete with WAEC in the conduct of examinations in the country.

I think many of our public universities in the country have very credible track records of conducting examinations for their students over the years. So, is it not possible to put a few of these examination bodies in our public universities together as one examination body purposely for conducting assessments for all pre-tertiary schools in the country whether public or private? Better still, an independent, reliable and credible assessment body could be established or brought on board to partner WAEC by the government of Ghana to oversee the conduct of examinations in all public and private SHS and JHS in the country.