Why do people participate in election violence? Insights from Kenya's 2007 elections

By Kathleen Klaus - The Conversation 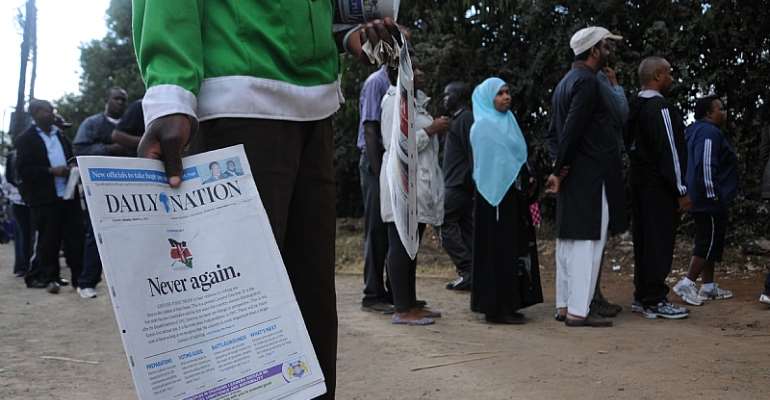 Conversations in Kenya have started around the upcoming 2022 presidential elections. Elections in Kenya tend to be highly contentious and there is often concern that, in some places, violence may erupt.

Political violence has a long history in Kenya. It extends back to the British colonial state's use of violence to control people, expropriate land, and suppress dissent.

In independent Kenya, the regimes of Jomo Kenyatta and Daniel arap Moi continued to use violence as a way to control land and intimidate political rivals.

The participation of ordinary citizens was particularly stark after Kenya's 2007 general elections. People set fire to homes and farms, burned tyres in the roads, and in some cases, killed and raped.

Violence escalated when the incumbent candidate, Mwai Kibaki, was announced as the president reelect. The main opposition party, the Orange Democratic Movement (ODM), disputed the results and party leaders encouraged members to mobilise . Protests quickly turned violent and escalated across the country.

Importantly, however, there was significant local variation in the sites and scale of violence. This raised questions that are central to my new book, “Political Violence in Kenya: Land, Elections, and Claim-Making” . Specifically, I ask: how do leaders organise political violence, and more so, why do ordinary citizens participate?

I carried out several years of fieldwork for the book. This included hundreds of interviews and a household survey with residents across the Rift Valley and Coast regions. I found that electoral violence is most likely to escalate where there is:

1) Moderate (rather than significant) inequality in land rights between two nearby and ethnically distinct groups.

2) Salient and contentious narratives around land between these two groups.

3) A strong leader who can use these land narratives to convince or compel ordinary citizens to participate in violence.

Election violence tended to happen where a group believed that their participation in violence would advance their personal interests, or those of their community.

The book highlights the importance of land tenure reform as a key policy tool to mitigate and prevent violent conflict in Kenya. It can also help to explain or anticipate patterns of election violence based on local inequalities, for instance over land, jobs, or other resources.

In Kenya, and many other agrarian-based economies, control and ownership over land shapes identity, livelihood, and power. Yet land tenure institutions are often weak and highly politicised. This can give rise to certain narratives that elites and citizens can use to coordinate the use of violence.

In Kenya, for example, the belief that “outsiders” have invaded the ancestral land of “insiders” has justified violent evictions, often during elections.

Many Kalenjin have come to view the Rift Valley as their ancestral land and see Kikuyu as ethnic outsiders. Many Kikuyu, meanwhile, argue that because they have purchased the land and hold title deeds, they are the rightful claimants.

For instance, after the results of the 2007 elections were announced, violence erupted when Kalenjin residents from Mauche crossed into the neighbouring area of Likia and burned property belonging to Kikuyu residents.

However, a short distance away in Ogilgei, where Kalenjin residents border the mostly Kikuyu community of Kerma, violence never escalated.

A key difference between these two cases is the degree of land tenure security, and specifically, what I describe as “moderate land inequality”.

Residents in Likia and Mauche are small-scale farmers. But in 2007, most Kikuyu residents in Likia held title deeds while most Kalenjin farmers in Mauche did not. For many Mauche farmers, this lack of tenure security shaped a defensive logic: “evict them before they can evict us”.

By contrast in Ogilgei, both Kalenjin and Kikuyu residents held title deeds. Neither side linked the election outcome with their tenure security, and thus had few reasons to engage in violence.

In another example, I ask why many communities in the coastal counties of Kwale and Kilifi experienced far less violence than those in the Rift Valley.

I find that a key mitigating factor was the significant land inequality between a small, but powerful group of “landlords”, alongside a large population of landless “squatters”.

Landlords tend to be of Arab, Indian, or European descent , while most landless identify as Mijikenda. The main cleavage line tends to be class, rather than ethnicity.

Though the Mijikenda are the electoral majority, such significant land inequality means that their own local leaders tend to remain beholden to the interests of the landed elite, rather than their land-poor constituents.

Hence, while there are contentious land narratives, many citizens tend to see their elected leaders as weak: unwilling or unable to alter land rights in their favour.

This means that elections are far less high-stake than in the Rift Valley where many believe that the outcome determines who gets evicted and who can remain.

While the dynamics of violence that I describe in the book draw specifically from the case of Kenya, there are a number of broader implications. The book can help explain or anticipate patterns of election violence. This dynamic has played out in countries such as Zimbabwe , Cote d'Ivoire , the Democratic Republic of Congo , Indonesia , and Bangladesh .

It also highlights the importance of strengthening land tenure institutions so that a citizen's access to land does not hinge on a particular electoral outcome.

Finally, it provides insights into how political elites use particular appeals to divide populations, consolidate political support, and in some cases, incite violence.

In order to prevent or mitigate violence, there needs to be a better understanding of how and why particular narratives – built around identity, rights, and citizenship – gain resonance compared to others.