How grassroots video is building a film industry in Zimbabwe 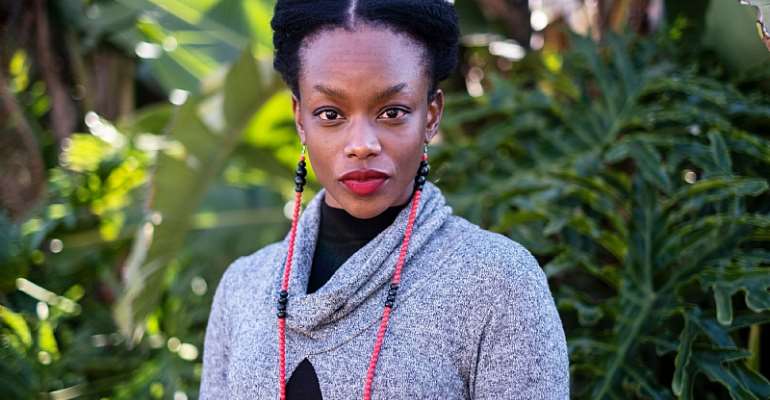 There is a general perception that there is no film industry to talk about in Zimbabwe. This argument is mostly based on comparisons with other well-resourced film economies, such as Hollywood, or even South Africa's.

Based on my study of the Zimbabwean film industry I disagree with this view. Zimbabwe does have a film industry, but perhaps, not one that meets everyone's expectations and certainly not one that can be comparable to Hollywood's formal value chain.

Zimbabwe, like many other developing countries, faces political and economic challenges and the film industry's problems are compounded by a lack of either governmental or corporate support, which has led media scholar Nyasha Mboti to observe that the sector is “orphaned”.

There are, nevertheless, efforts at the grassroots, of various informally constituted cottage industries producing video-film products. These include video-films shot in as little as a week, on very low to zero budgets and by remarkably lean crews (who may also feature as the acting talent). These efforts should be celebrated as indications of enthusiasm, creative genius and sheer endeavour that auger well for the future of an industry (by any definition).

In a recent paper I argue that making a film in most developing countries is mégotage, as observed by the 'father of African cinema', Senegalese filmmaker Ousmane Sembène . The mégotage metaphor means that producing a film in such contexts is a desperate endeavour, akin to scrounging around for cigarette butts.

It is such a grit and grunt, huff and puff affair, to the extent that even a 10-minute short film has to be admired.

Evidence on the ground shows that the mégotage sometimes pays off. Zimbabweans are known for their resilience and ability to kiya-kiya ('make things work' in the Shona language) when faced with what seems to be a dead end. A large portion of the country's economy is characterised by such kiya-kiya efforts, as anthropologist Jeremy Jones observes . Kushata Kwemoyo poster. Mirazvo Productions/Rain Media

Zimbabwe's film industry appears to thrive under very difficult circumstances. Recent video-films like Kushata Kwemoyo , Escape , Chinhoyi 7 and lately, the Netflix hit Cook Off , all made during the so-called Zimbabwean crisis (stretching from around 2000 to date) showcase the filmmaking talent and cinematographic capabilities abundant in the country. It's what once led film scholar Frank Ukadike, in his book Black African Cinema , to remark that Zimbabwe was Africa's Hollywood. Chinhoyi 7 poster. Ster Kinekor

Ukadike made his remark more than 20 years ago. It was based on the film-friendliness that Zimbabwe exhibited back then. At the time, many Hollywood companies, including the Cannon Group who were popular for blockbusters like Missing In Action and Cyborg featuring stars like Chuck Norris and Jean-Claude Van Damme, used Zimbabwe as a filmmaking location because of its splendid scenery, efficient financial systems and durable infrastructure. Famous faces such as Sharon Stone (in King Solomon's Mines ) and Denzel Washington (in Cry Freedom ) graced the country as cast in the movies.

At the same time, Zimbabwe's Central Film Laboratories serviced the southern African region's film processing needs. All this promise has disappeared, owing to a combination of political and economic factors that have traumatised most economic sectors, and this is the source of the pessimism.

What I celebrate is that, in the midst of such adversity, filmmaking continues to thrive. A critical mass of youthful filmmakers armed with camcoders, laptops, cell phones and an assortment of improvisations, has emerged and continues to keep the filmmaking impulse alive. Among the leading lights are Von Tavaziva ( Go Chanaiwa Go Reloaded ), Shem Zemura (Kushata Kwemoyo), Joe Njagu (Cook Off) and Nakai Tsuro (Mwanasikana), to mention just a few. The trailer for the award-winning romantic comedy Cook Off.

Most of the time, their route to audience is the DVD or Youtube, often for little or no returns. But the enterprising ones, like Von Tavaziva, have discovered ways of beating the scourge of piracy by producing high volumes of DVDs and selling them at very affordable prices in accessible city spaces.

With proceeds from such endeavours, they mount their next productions – no government support, no bank loan, no moaning!

There are further encouraging signs, if the aesthetics of contemporary music videos is anything to go by. The work of Vusa 'Blaqs' Hlatshwayo and Willard 'Slimmaz' Magombedze indicates cinematographic competences that can further improve the video-film genre. A veteran of the crisis years, filmmaker Tawanda Gunda Mupengo (Tanyaradzwa and Peretera Maneta) told me that if people keep at it, the local art of filmmaking will only get better. He believes that emerging talent, even away from the major cities, should be encouraged and this will have a multiplier effect, not only on volumes of video-films, but also the human resource-base needed for profitable film business in the future. He says:

Let there be a competent crew in Masvingo. If that crew makes a film that is successful, they will breed a community of filmmakers. They will be training people on the ground when they are shooting and editing, so that we have vibrant little pockets.

The informal filmmaking practices (which are in fact Zimbabwe's film industry), should be encouraged to thrive, with or without government support. The example of Nigeria's film industry, Nollywood , which has grown from rags to riches, offers inspiration in terms of how grassroots efforts may blossom in the long run. As it was for Nigeria, so can it be for Zimbabwe.

Oswelled Ureke does not work for, consult, own shares in or receive funding from any company or organisation that would benefit from this article, and has disclosed no relevant affiliations beyond their academic appointment.