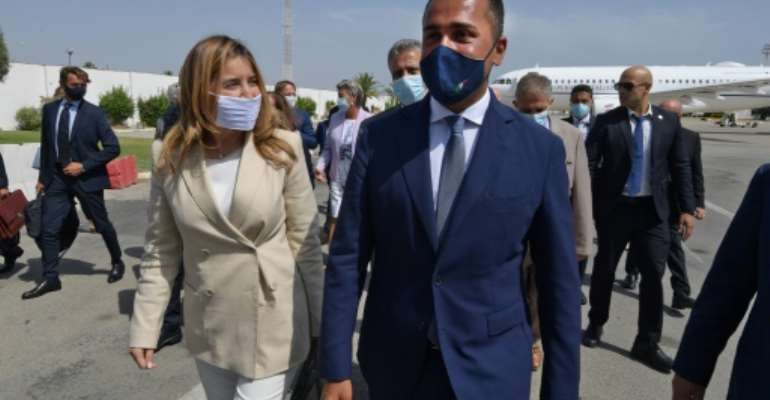 Italy has no more room for illegal migrants, its foreign minister Luigi Di Maio said Monday on a visit to Tunisia, from where many of them cross the Mediterranean Sea.

After a meeting with the Tunisian President Kais Saied, Italy's top diplomat said Rome "is ready to present all the necessary aid to Tunisia" to combat illegal immigration.

But he stressed that "there is no question of leaving in Italy those who arrive illegally," according to a statement by the Tunisian presidency.

Italy has been struggling in recent months to deal with daily arrivals of hundreds of migrants to its southern shores, a task complicated by security measures imposed by the ongoing coronavirus crisis.

Migrant arrivals to Italy rose by nearly 150 percent over the past year, with the majority coming by boat from Tunisia, Italy's interior ministry said on Saturday.

Negotiations between Italy and Tunisia will continue "to find formulas for bilateral cooperation," the Italian foreign minister said, according to the Tunisian presidency.

Migrants from Tunisia and Libya arrive onboard of an Italian Coast Guard boat on the Italian island of Lampedusa on August 1. By Alberto PIZZOLI (AFP/File)

The Italian delegation had expressed its "political and economic support" to strengthen Tunisia's efforts ... to encourage investment and job creation, especially in the interior regions," the statement added.

Tunisia's Saied said that "security solutions alone do not make it possible to fight against irregular immigration".

Despite the sharp rise, the number of migrant arrivals is still far below numbers recorded in recent years.

After Italy signed a deal with Libya for its coast guard to prevent migrant departures, the number fell to 42,700 in the 2017 to 2018 period.