By Fazlyn Petersen (PhD) - The Conversation 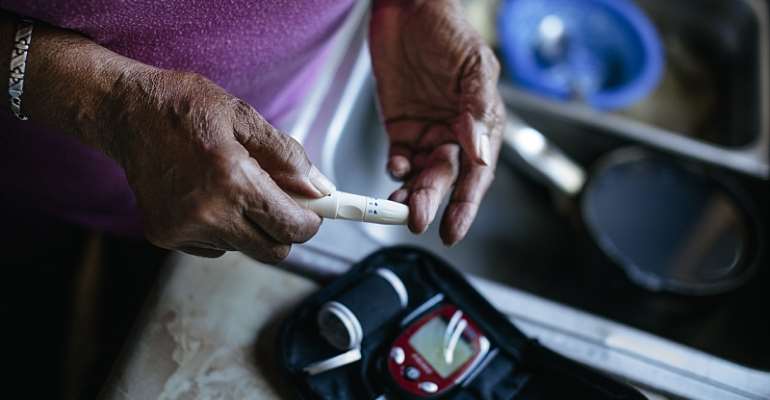 Non-communicable diseases are the leading cause of death globally. There's no cure for most of them, such as diabetes. Rather, they're controlled through lifelong medical treatment as well as support from healthcare professionals and family members.

Suboptimal treatment of diabetes can lead to severe complications such as amputations, blindness and kidney disease. That's why ongoing patient self-management education and support are critical to preventing acute complications and reducing the risk of death. This is increasingly important during the COVID-19 pandemic where the treatment and prevention of noncommunicable diseases has been negatively affected, especially in low-income countries. Patients with diabetes are also at higher risk for severe COVID-19 complications and death .

Interventions using m-health show promise as it could improve care for patients with chronic conditions. A previous study in Senegal has shown that simple interventions delivered via mobile applications can help to decrease diabetes risk factors such as an unhealthy diet and physical inactivity.

But patients can't benefit from innovations – such as apps on mobile phones – unless they accept them and use them effectively.

We set out to measure the use of technology for patients with diabetes. Our research was based in low-resourced communities in South Africa's Western Cape province.

We wanted to identify factors that influenced people's choices when it came to using technology to manage their diabetes. A very high percentage of survey participants had high intentions of using technology to assist with diabetes self-care activities such as healthy eating, being active, monitoring, taking medication, problem-solving, healthy coping and reducing risks. But, when it came down to actual use there was very little uptake.

We selected 497 respondents from low-resourced communities in the surrounds of Cape Town. They included Mitchell's Plain, Belhar and Khayelitsha. Most were women over the age of 50 with type 2 diabetes. A third of the respondents had Grade 12 as their highest level of education. Just under a fifth had some high schooling. Most spoke English (43.4%) followed by Xhosa (27.7%) and Afrikaans (23.1%). These factors are important as South Africa has diverse populations with significant educational, technological and income inequalities that may impact ICT use for diabetes. South Africa also has 11 official languages which will affect the ability to use m-health applications that are predominantly in English.

We tested whether patients were likely to use ICT to help them manage their diabetes. The model we used looked at four factors:

Respondents were asked about their use of ICT such as mobile applications, insulin pumps (devices that delivers insulin 24 hours a day to match your body's needs) and continuous glucose monitoring through a device that provides patients with a glucose reading every few minutes.

For example, respondents were asked whether they used the above technology to help them manage their diabetes and 68% said they didn't.

We identified a number of contributing factors to the low uptake.

One was limited internet access and difficulty using technology. Age and education also played a role.

Respondents were asked what would make them use ICT more often. Reduced cost, as well as making applications easier to use and understand, were identified as the most critical factors.

Mobile phone applications are effective in managing diabetes in other low- and middle-income countries. But South African data costs exceed other countries. Also, Senegal's success can be attributed to the government's involvement in implementing the mobile application.

South Africa will require a similar intervention, such as MomConnect that is available in all 11 languages. The service, free to all users, is independent of mobile device type. Alternatively, the use of WhatsApp as is being used for COVID-19 could be considered to support the growing number of patients with diabetes.