By Abdul–Ganiyu Alhassan || Technical Advisor For Youth, Advocacy And Gender At Youth Empowerment For Life, Ghana 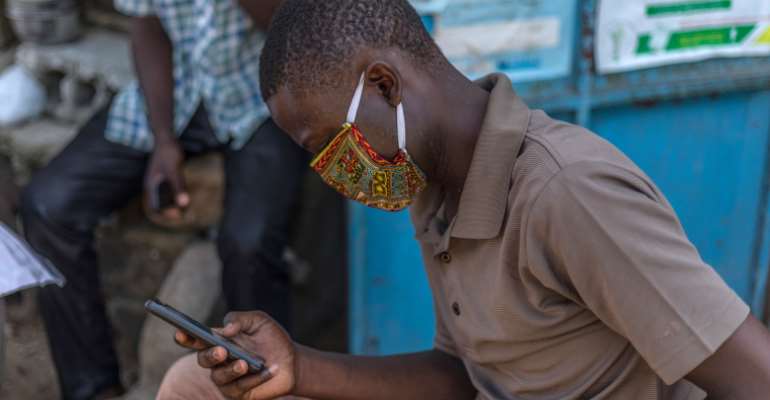 It is common to find young people at events, workshops, conferences, seminars, and political rallies, organized by the government, political parties, and NGOs. At these programs and events, however, young people notably are assigned as ushers, as attendants, as registration officers and you name it what. It is called tokenism. They are not involved in planning these events.

This is deliberately designed to further push young people away from meaningful engagement and into the periphery of the decision – making spaces under the disguise of “youth participation”. Note that these young people, defined by the Ghana National Youth Policy as persons within the age bracket of 15 and 35 years, with a growth rate of 2.7% is estimated to be about 66% of Ghana’s population.

To even benefit from this tokenism, young people must consistently justify their inclusion. How sad!

Youth exclusion is at all levels of our national development be it political, social, or economic. As a matter of fact, young people are not only heavily underrepresented in the political space, for example, they are negatively represented and often referred to pejoratively as the “foot soldiers” and vigilante groups, established deliberately by the “system” to exploit and “waste” the youth. Ironically, the only space created for youth participation within the formal structures of the political parties in Ghana referred to as the youth wings, are not even led by the youth in most instances.

In Ghana’s Parliament, where it will be a miracle for a young person to ever be elected into because it is either too expensive for the youth, or they are disqualified by the party structures and systems or both, has a network referred to as young parliamentarians network, whose members, as old as 45 years are considered young, posing as members of the network and actually leading it.

At the level of the local assemblies where budget preparations, fee fixing resolutions, review of Medium Term Development Programme among others are held, young people are excluded with the excuse that they are not organized. Whose responsibility is it to organize the youth and to have them participate in these processes?

Which is my point? That there are limited and shrinking spaces for meaningful engagement by young people which breeds isolationism, polarization and unpatriotism among the youth.

So how can government and practitioners within the CSOs space, meaningfully engage the youth? How can they recognize and/or amplify the voices and competencies of the young people, harness their potential, and give them the right space, tools, and assets to lead the charge of their own development? And how can we build a more inclusive and responsive society and a participatory democracy?

There exist many innovative and inspiring approaches pursued by development practitioners and to a lesser extent by the government to meaningfully engage youth, amplify their voices, recognize their competencies, resource them to lead their own developmental trajectory and ultimately promote participatory democracy in pursuit of an inclusive society.

To highlight, Youth Empowement for Life (YEFL-Ghana) has been one such actor within the CSOs space in Ghana promoting active youth participation and meaningful engagement through the establishment of Youth Centres for the past 10 years. The Youth Centres are physical spaces that catalyze a network of young enthusiasts, mobilized around issues and interests, where these young people have the capacity to co-create, learn and act together in synergy with others to influence change in their communities, build their self – confidence and leadership skills. Basically, for young people to be meaningfully engaged, they need some basic training in advocacy to include basic communication skills, a clear sense of what they want to accomplish (the development of mission, vision, and value statements), some mentoring and coaching, platforms, an understanding of how government works and is supposed to work, what their strengths and vulnerabilities are and how to use both to accomplish their ends. These YEFL does using some innovative approaches as elaborated below:

This is an innovative youth-friendly accountability and participation platform albeit nascent and championed by YEFL and the National Youth Authority. It is a mobile parliamentary approach where parliamentary sittings are held at where the community issues are prevalent and need the attention of stakeholders. With the establishment of these platforms, young people have bridged the gap that exists between them and the adult domineering decision – making platforms.

The Youth Speak Up

Recognizing that youth voices matter but that their voices are suppressed and excluded from being heard, coupled with an information gap between the decision-makers and the young people, an innovative approach has been developed to amplify and promote youth voices to be heard on different creative platforms such as social media, radio, television and through arts. So, what is unique about this approach? Young people are trained as community journalists to gather information from their communities, provided with the tools with which to gather these relevant information, provided with the resources and platforms on which to project the issues and attracting the attention and responsiveness of those who matter in their community development.

The formation of movements such as Black Lives Matter undoubtedly has been significant in shaping global issues. With this recognition, YEFL facilitates the mobilization and organization of youth into youth networks for collective action. These networks are leading education accountability forums and various campaigns including the One District; One Library and Peace campaigns in the Northern and Savannah Regions.

Within a year of these networks, it has since assumed a national character with representation in 6 regions with the capacity to hold government and those who matter accountable. With the coming into force of a new national youth policy which has been reviewed by the National Youth Authority, the proposal to have district, regional and national youth federations would have been realized.

The effectiveness of these approaches is yet to be adequately documented. However, they indicate a clear path to innovatively engaging youth in a meaningful way to contribute to global action in achieving goals 16 of an inclusive society. As we join the world in marking the International Youth Day on the theme “Youth Engagement for Global Action,” we are calling for a rethink and a shift in how youth are engaged.

To learn more about these approaches, kindly visit www.yeflghana.org

Latest Photo Reports
Catch up with all the political quotes from our politicians.
Advertise here
More Opinion
ModernGhana Links
Congratulations to our Bono Chiefs for these new appointments
Prioritizing Development To Achieve Greater Security
INTELAFRIQUE: The MMDCEs list, matters arising and the way forward for local government
Is President Mahama not undermining democracy?
The Increasing Level of Indiscipline in Ghana, a Threat to Peace and Development
Could Panyin be that woman?
The Need for Footbridge at Block Factory Junction in the Ga West Municipality
Promises Made: Promises Fulfilled: A Spotlight On The Member Of Parliament For The Damongo Constituency
The Hilla Limann Foundation Celebrates The 42nd Anniversary Of The 3rd Republic; A Dive Into History
TOP STORIES