Who Is, Really, A Ghanaian? 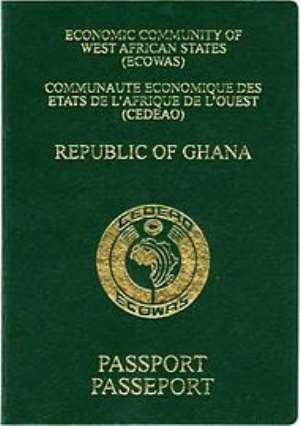 The ongoing voters’ registration exercise and the controversial discussion of the appropriateness of a birth certificate (BC) in getting a voter’s card has brought into sharp focus the issue of who REALLY is a Ghanaian. The question is not as easy to answer as it appears.

It has been widely discussed in the media in the lead up to the registration exercise and continues even though the exercise is in its final stage and has been conducted without the use of a BC. It is not my purpose to delve into the finer legal points of the controversy. Many experts have discussed it, especially after the Supreme Court ruling. What I intend here is to consider the issue of citizenship in a wider perspective than that of constitutionalism and how other countries handle the problem.

The five articles of Chapter Three of the 1992 constitution define who a Ghanaian is. It is detailed and anybody can take the constitution and look at it. But that does not end the discussion. There are matters of interpretation of those articles and these are not simple. The Supreme Court, the body vested with interpreting this constitution, may make a ruling on it but even that will not resolve the issue – at least not in the popular imagination.

Quite apart from the provisions of the constitution, the issue has a wider philosophical dimension. Who is “really” a Ghanaian? Our nation, Ghana, is an artificial concoction of disparate entities forced on us by colonialism. The problem we are facing today with deciding who is a citizen is just one of those faced by the post-colonial state. Not even a written constitution can adequately capture the citizen in a situation where the state is not a natural entity.

Ghana was made up, on independence, of four separate units: the Gold Coast colony proper, the Ashanti Kingdom, the Northern protectorate and Trans-Volta Togoland. Each of these could have been a state on its own. Each came under British influence at different times but came together, as equal partners, to constitute the state of Ghana on March 6th, 1957. Without colonialism, we would have had other entities that are more homogeneous than the sum of the four units that make up present Ghana. The Independence Constitution ensured that citizens of all the entities became equally Ghanaian. No citizen of any of the erstwhile entities can, therefore, claim to be more Ghanaian than a citizen from another erstwhile entity.

The artificial state we have now is a fait accompli. Nobody is going to divide Ghana. But the effects of the colonial order are still being felt by us today. All along the borders of Ghana are people who belong to tribes or communities that stride these borders. These people have interacted among themselves long before the white man came to divide us leaving us with the amorphous entity called Ghana.

Jean Mensa, the all-powerful chair of the Electoral Commission, has chosen to draw that line, for the purposes of the next elections, at a place that excludes the use of a BC as proof of citizenship. And the Supreme Court agreed with her. We do not, as yet, know the full consequences of this action.

I wish to argue that even agreeing on where to draw the line of citizenship will not solve our problems. This is because our problem is basically a logistical one. We simply do not have the means to make a proper count of our citizenry no matter how we define that citizenship. The Ghana Card is supposed to solve this problem once and for all but it is, itself, beset with the same intractable problems we are facing now. A proper count of our citizens, well documented, will solve all our problems forever. But can we do that?

This brings me to a consideration of the issue as dealt with in other countries. In his article recounting the problems he faced in trying to register as a senior citizen, Brig Gen Dan Frimpong (Rtd) writes:

“In other jurisdictions where many big Ghanaians now at the helm of affairs have studied, new born babies are given a social security number before they are discharged from the hospital. This is updated as they grow and is what they use for all electoral processes when they attain age eighteen and become eligible to vote.” (Daily Graphic online, July 7th, 2020)

The retired general is right. I have lived in both Sweden and Finland for the past 35 years and I will here narrate how these jurisdictions handle the problem. I came here as a student and for all these years I have never registered to be able to vote. Yet I have voted in every single election that has been held in these countries during my stay. These two countries, and others like them, do not conduct censuses or voter registrations because, at every moment in time, the vital statistics that these two exercises provide, are already known by the relevant authorities.

Everyone born in these countries is given a 10-digit personal number at birth (social security number based on date of birth?) which follows him till he dies (and even after…). All foreigners in the country are also issued this number on the day they become legal residents. With this number, the authorities know EVERYTHING about you, including your status as a voter. At election time, they just dig into this database of citizens and residents and send letters to all eligible voters inviting them to vote. This letter indicates the votes you are entitled to, where to vote and at what times. You do not have to travel to your home village in order to vote for the candidate in that area since postal voting is allowed from two weeks to the Election Day.

With such a system, there is no way anybody can sneak into the country to try to register to vote. There is also no need to send soldiers to some border areas to prevent people from registering. Since you vote against your personal number in the voter’s registry which is checked by the returning officer against your photo ID (like bank card or driver’s licence), it is almost impossible to vote twice. The database cannot contain two identical personal numbers. There is no need for any indelible ink either. I should add that the system is buttressed by a high level of candour on the part of the citizen who, implicitly, trusts the authorities!

It all looks so simple and so easy. But it was long in coming. These countries have been counting themselves since 300 years back. It started with the parish priests keeping an account of all the residents in their parish. From these beginnings, the registration became more and more sophisticated and is, today, a national exercise that is fully digitized.

It is very difficult to do anything in these countries without a personal number. It may look like an Orwellian state where Big Brother is watching your every move. But it does not at all feel that way in reality. It rather facilitates things for the citizen. For instance, if you wish to get a passport, you do not need to fill in any forms at all. The issuing authority already has all the details on you and only needs your current picture and signature. If you are male and hit 60, this is known automatically by the hospital authorities who invite you for a prostate cancer test. And so, those who attain the voting age of 18 do not need to inform the Electoral Commission of the fact. The commission knows this on its own and will invite you to vote in the next elections.

How far are we from this idyll? This is what the electronic Ghana Card is supposed to lead us to. But can we get to that stage? Your guess is as good as mine…