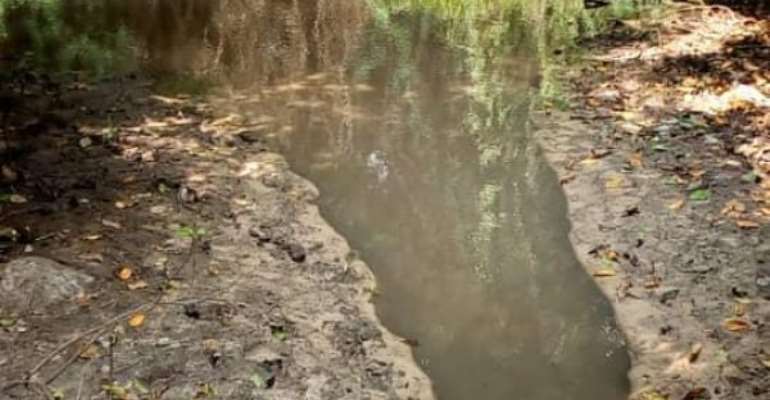 Mr. Castro Wede, Assemblyman for Mafi-Wudukpo Electoral Area in the Central Tongu District has appealed to government and non-governmental organisations to provide communities in the area with potable water.

He said people in the area had no other choice than to compete with animals for water in the streams and ponds for water.

Mr. Wede, who made the appeal through the Ghana News Agency at Mafi Wudukpo said the situation was compounded by the long drought in the area, causing the streams and ponds to dry up.

The Assemblyman who described the situation as 'perennial' said it was affecting the economic activities of the people and if not addressed could affect the health of the people due to the quality of water they were drinking.

He said the people had to travel over a distance of 10 kilometres to Mafi Bogolikope in the South Tongu district to buy gallons of potable water for two Ghana Cedis each.

He said his appeal to the Assembly to repair the two broken down boreholes in the area was yet to receive attention.

Mr Wede said a borehole drilled for the people of Tsakpodzi was also so salty that it could not be used and appealed to government to expedite action on the third phase of the water project in the Central Tongu district, which stalled for sometime now.