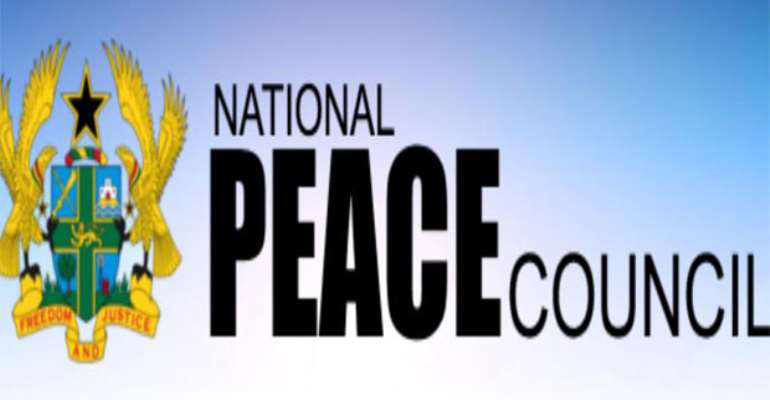 We acknowledge the efforts of the National Peace Council (NPC) in ensuring that political parties adhere to the contents of the anti-vigilantism rulebook as the clock ticks towards election 2020.

We are especially excited that the NPC is on the verge of establishing a monitoring team that would keep a tab on the activities of the parties.

There are no doubts about the New Patriotic Party (NPP) and the National Democratic Congress (NDC) being the dominant parties and their supporters and sometimes thugs responsible for the violence that sometimes rocks the boat of politics in the country.

The ongoing registration exercise should be an important barometer of the health of political activities in the country. While the process has been generally peaceful, we would still implore the leadership of both the NPP and the NDC to pull the ropes on their 'bad boys' because Ghana has had enough of the troubles of Covid-19 and cannot add on the irresponsibility of party thugs.

Both parties have been accused of engaging in acts of vigilantism and, therefore, responsible for the campaign season tension although the degree of involvement varies somewhat.

We should grow past the violent days of local politics and move on towards a new political order in which the interest of Mother Ghana outweighs all others.  The recent appending of the signature of the opposition NDC to the vigilante document we hope will herald a new beginning in how we manage our partisan differences.

To the NPP which did so earlier, it is our hope that the party's leadership will walk its talk of peace and really disregard its 'bad boys' as the Covid-19 virtual campaign season heats up.

The NDC too should have a new slate without the blemish of lawlessness and association with thugs or land guards. That should be confined to its history, no longer a feature of a new NDC.

Let us witness a different election in which both parties would ensure decency in language and action on the political field.

Any of the two main parties (NPP and NDC), which violates the terms of the vigilantism undertaking to which both have agreed to abide by, should be named and shamed.

The security agencies, especially the Police Administration, should be allowed to do its work without interference from politicians at the helm.

Appointees who flout the law should not only be made to face the full rigour of the law but also they must be exposed and humiliated.

Ghana's peace and stability is paramount, for which reason nobody should be spared the rod when they compromise it.