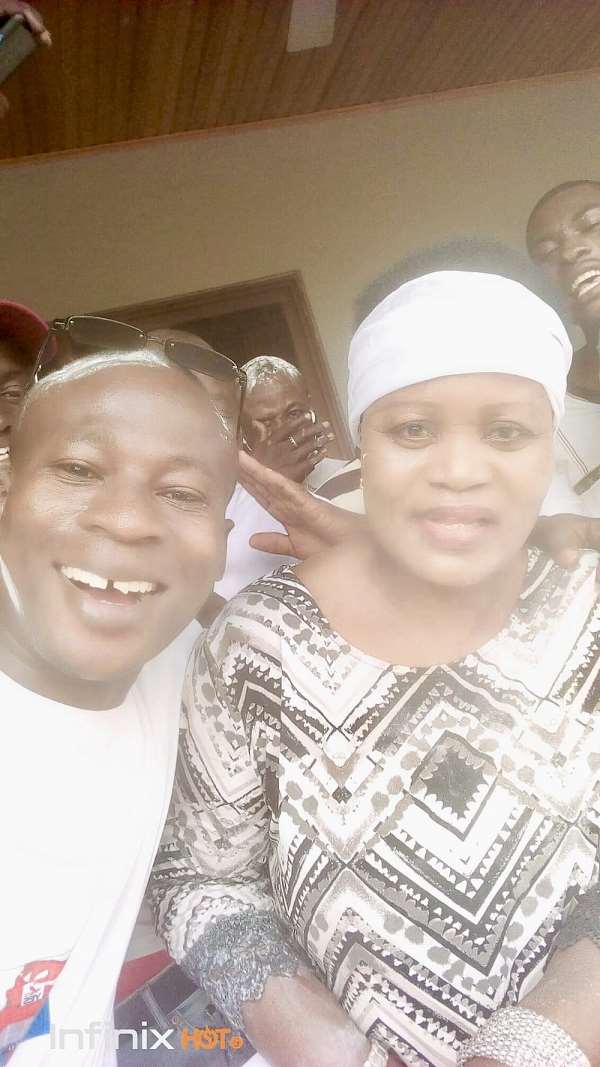 In her relentless effort to fuel her relevance than she really is,coupled with the announcement of construction of the Kete-Krachi town roads made by Hon. Justice Amankwa Mensah aka JAM1,NPP Parliamentary candidate in Krachi West,has since sent fear,panic and petrifaction to the spine and veins of Hon. Hellen Adjoa Ntoso aka “Madam Do Little”

And at her deception and propaganda best posits on a Kete-Krachi base NDC Radio Station,Nyewaase FM,that “the NPP government reviewed the 10km Kete-Krachi to Buya road and abrogated the 14 km Kete-Krachi town roads contract by the NDC”.

Characteristically,Hon. Hellen with the unbeatable track record of lying to the good people of Krachi West once said “the NDC signed the contract for the rural electrification projects in Krachi West”.

She however been 'exposed big time' in her usual propaganda.
I wish to place on record that this claim is most frivolous and ought to be treated with all the contempt it deserves.

And these are the facts.
The former Cocobod C.E.O Tonny Fofie,under the cocoa/shea roads,awarded the 10km Kete-Krachi to Buya Road,together with the 2Km Kete-Krachi Town Roads as captured on page 21,paragraph 67 of the 2008 budget statement,on the intention to construct cocoa/shea roads in Volta Region,the contract was subsequently awarded to First Sky construction in 2010,this was also captured in the 2008 budget statement page 93,paragraph 340.

The 2Km Kete-Krachi town roads was completed in 2012 and the Kete-Krachi to Buya road was stalled because of the delay in the release of funds from the cocoa road fund,therefore the ministry of Roads and highways changed the funding to Road Funds,that helped fast tracked the funding of the contract for the timely completion in 2018.

My fellow good people of Krachi West,that is the factual rendition of the relevant information under the circumstances and fortunately,the 2013 budget statement has confirmed same.

Undoubtedly,the Kete-Krachi town roads contract has gone through the necessary stages and sod will soon be cut for the contractor to start work.

Please help me tell Hon Hellen Adjoa Ntoso aka “Madam Do Little “ the outgoing MP and the NDC Krachi West that,they can do all the propaganda and stealing of projects but they should remember that the good and discerning people of Krachi West have no short memory on the quagmire of hopelessness and helplessness the NDC put them through.