Re: I Have Not Bussed Strangers To My Constituency 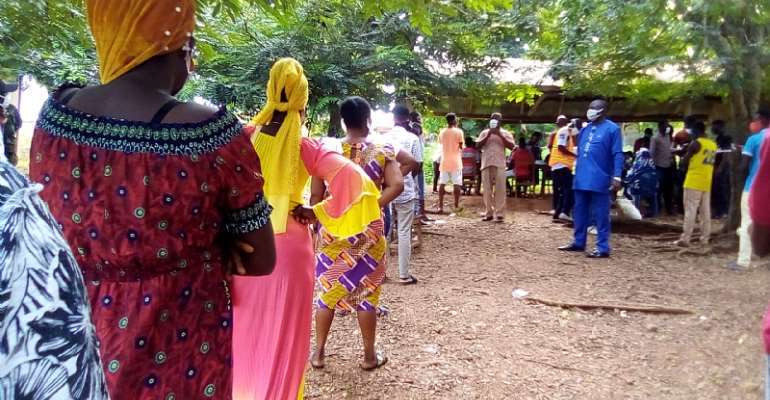 I want to state unequivocally that the DCE for Builsa South, Hon. Daniel Kwame Gariba is being dishonest in his denial of busing people to the Builsa South Constituency.

One would have thought the DCE will as a matter of principle and honesty accept and apologize unreservedly for his illegal conduct.

I want the general public to see why the DCE is dishonest in his response with the following questions as he claimed that the said people bused are teachers.

1) Since when has the office of the DCE in Builsa South moved from the district assembly to the Ghana education office to enable the DCE know people who are teachers and to bus them to register?

2) Why didn't the said teachers call on the district education office to confirm their identity for them to register since the NDC and the community people prevented them from registering?

3) Why did the said teachers call him to come in the company of his party constituency executives?

The Hon Dr Clement Abasinab Apaak is focused and delivering to his people what is expected of him as a member of Parliament .

The DCE in his response said they was an illicit transfer of voters masterminded by the NDC during the 2016 elections, his comments are quite unfortunate and exposing his shielding of corruption and criminal acts in the sense that the DEC could have taken this allegation to the court to seek redress.

It is an indication that Mr Daniel kwame Gariba is not fit to be a DCE nor a member of Parliament since he is turning deaf to wrongdoings albeit endorsing them. On that score, I personally call on the DCE to resign for his unpatriotism and dishonesty.

The NDC in Builsa South is united and battle ready to ensure Dr Clement Apaak retain his seat and to ensure that H. E John Mahama comes back to power come December 7th to rescue this country.

As far as Builsa South district assembly is concerned, Hon Daniel Kwame Gariba is the worse DCE Builsa South has ever had. The DCE, hunted by his own ghost is now blaming his underperformance and his inability to get sponsors on the indifatigable Dr Clement Apaak.

Builsa South under Hon Daniel Kwame Gariba can't account for the use of the common funds.

The Hon Dr Clement Abasinab Apaak is more or less going unpposed in the general elections as the NPP present Daniel Kwame Gariba as i's candidate.

The Hon Daniel Kwame Gariba should be honest and do the honourable thing.