Re: Jane Naana Opoku-Agyemang's Nomination — A Victory for Inclusive And Participatory Democracy 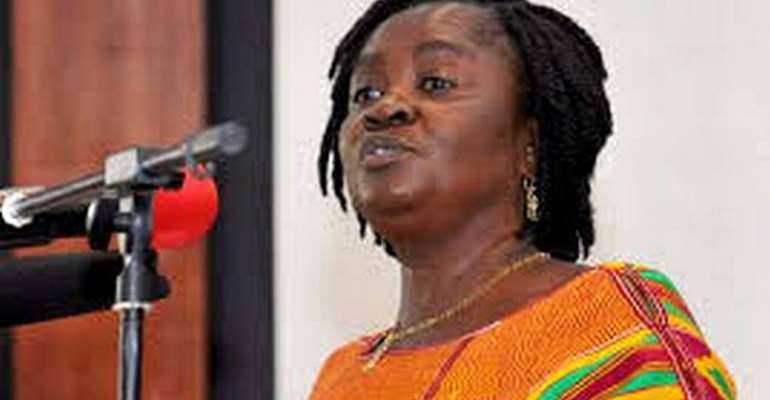 In many of the commentaries that followed the nomination of Nana Jane Opoku-Agyeman as John Mahama's running mate, one message stood out - and it is the fact her nomination is seen as victory for inclusiveness and gender empowerment.

While the upper-level leadership of the NDC is quick to attribute this nomination to women empowerment, most of the congratulatory messages from Feminist groups has expose our stark hypocrisy as people. The ill mannerism and lack of verbal articulation on basic issue of this singular nomination of Jane Opoku-Agyeman by women's groups speak volumes.

The belief that, by allowing a woman to run with a man will empower women is so absurd and utterly disgusting. We know better as a nation, and people. Don’t we? In my personal opinion, to invite the marginalized to be part of the centre does not pollute the centre by any means. Rather, it adds to the wealth of solution-driven ideas, but then again, let's roll back the years and interrogate the conversations that met Nana Konadu Agyeman-Rawlings' quest for leadership role in the NDC.

I feel exasperated by the stupidity and ignorance of people who think we should elevate their petty parochial partisan interest above the constitution of the republic.

I feel exasperated because the people who are today rejoicing and engaging in praise singing, not long ago called Nana Konadu Agyeman-Rawlings names and even attempted to emasculate her when she stood up for gender empowerment, and made a compelling case for leadership in the NDC. Grown ass men including some so called women empowerment advocates in the NDC join hands together in mocking Nana Konadu Agyeman-Rawlings because she's not one of them. Today these same people are preaching something they laughed about not long ago.

Why didnt these same support not extended to Nana Konadu Agyemang-Rawlings when she challenged late former President John Atta Mills in 2011 for the presidential candidate position of the NDC?

To the extent that these hypocrites are not discussing what particularly Naana Jane Opoku-Agyeman can bring on board, all the arguments seem to centred around the fact that she’s a woman; clearly explains our emotional intolerance and how we just consume everything forced down our throats without any independent thinking.

There's no woman in this country that has been insulted and humiliated for standing up for women than Nana Konadu Agyeman-Rawlings. She remains the touched bearer for women empowerment and political participation for women.

Nana Konadu Agyeman-Rawlings has been reviled, lied about, called names and faced more obstruction and hate than anyone. And yet she persisted in her message of inclusiveness, and it is a huge insult to our sensibilities for anyone to say that Naana Jane Opoku-Agyeman is the best thing that has ever happened to gender empowerment.

Let no one get it slanted, Nana Jane Opoku-Agyeman's nomination is not about inclusiveness, neither is it about gender empowerment. It is a nomination for political patronage, policy imprecision, corruption, horizontal apathy and to a very large extent serve Mahama's own agenda. But it certainly cannot make up for Mahama's inadequacies as the flagbearer of the NDC.

The same derision for Nana Konadu Agyeman-Rawlings and the lack of patience to even listen and savour her substantive interpersonal communication which is actually an epitome of the pervasiveness of our ill training within Ghana's body politics will be served Nana Jane Opoku-Agyeman. She will be treated with the same disdain that the likes of Nana Konadu Agyeman-Rawlings was served.

We will ask legitimate questions of her. Questions that is infected with post-colonial arrogance, impressionism and rigidity, about her public records.