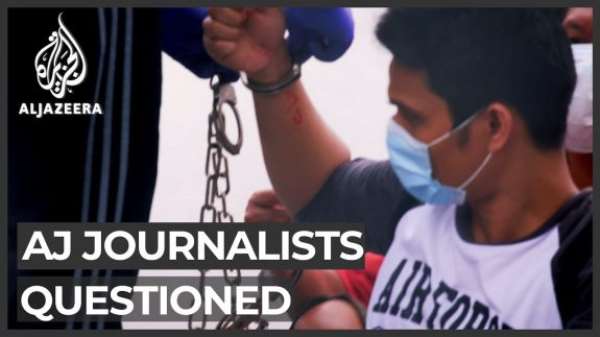 Malaysia’s record on letting journalists be is a blotted one. This month, authorities have been kept busy intimidating the independent news outlet Malaysiakini, with a seven-member federal court panel agreeing to hear contempt proceedings against its editor-in-chief Steven Gan. Charged under section 114A of the Evidence Act, Gan and his outlet are said to have permitted the publication of over five reader comments critical of the judiciary.

Malaysia is facing a season of official pettiness and persecutions. Boo Su-Lyn, editor of the health news portal CodeBlue, is being investigated under the Penal Code and Official Secrets Act for publishing the findings of an investigation into a fire at the Hospital Sultanah Aminah in 2016 that left six dead. Her claim is that the report in question had been declassified.

Former ministers have also attracted official attention, including the former women, family and community development minister, Hannah Yeoh. The MP attracted the interest of authorities after being targeted for supposedly disseminating a remark that the government’s deputy minister of women and family development had been less than keen to deal with child marriage. The remark, she argues, was falsely attributed to her.

The judicial calendar may well have other additions if the investigation into the work of six journalists working for Al Jazeera sufficiently exercises state prosecutors. The six journalists, of whom five are Australian, are being investigated on possible charges of sedition and defamation. Breaches of the country’s Communications and Multimedia Act are also being considered in the possible charge sheet.

The journalists in question are part of Al Jazeera’s 101 East program, which took interest in Malaysia’s treatment of undocumented migrant workers during the COVID-19 pandemic. The crew had much to work on. The “movement of control order”, implemented in response to the pandemic, has been particularly brutal towards the undocumented who clean and slop the underbelly of the state.

In May, Malaysian authorities executed four immigration crackdowns and arrested over 2,000 undocumented migrants. Among them were asylum-seekers and 98 children. This took place despite the promise by authorities on March 27 that they would not “focus on their documents… the most extreme case that could happen is a 14-day quarantine COVID19. That is all.” By May, the National Police Inspector-General Abdul Hamid Bador had removed the gloves and any sense of pretence, readying his forces to arrest and detain any undocumented residents supposedly in breach of the partial lockdown. “We cannot allow them to move freely while the MCO is still in progress as it will be difficult for us to track them down if they leave the identified locations.”

The policy has been astonishingly self-defeating. Concentrating such individuals in confined quarters has had the effect of encouraging the spread of COVID-19. On May 26, Noor Hisham Abdullah, director-general of the Ministry of Health, was grave in warning. “We have identified detention centres as a high-risk area.” On May 22, 35 cases were identified at a detention centre. Within four days, the number had bulked to 227 across three sites. By May 31, the number had increased to 410 across four sites.

The work of Al Jazeera’s six journalists yielded up Locked Up in Malaysia’s Lockdown, featuring much of what we already know. Al Jazeera does not mince its words introducing it. “Now, undocumented foreign workers are scared for their future. Out of work and forced to live in cramped conditions, some are starving and dependent on charities to survive.” The Malaysian government may have successfully checked the spread of the coronavirus but had “also put some of the poorest areas of Kuala Lumpur behind barbed wire – testing and fingerprinting migrants, and arresting anyone without valid documents.”

The short production raised the hackles of the political establishment, who insist that any tolerable standard of journalism must accord with government policy. Malaysia’s Defence Minister Ismail Saabri insists that Al Jazeera “apologise to all Malaysians”. “As international media, we expect Al Jazeera to have high ethics. But, the report does not seem to contain clear facts and is full of baseless accusations.” The immigration department’s director general has warned that foreigners making “inaccurate statements aimed at sullying the country” could have visas and work passes revoked. The hunt for Md Rayhan Kabir, one of the migrants interviewed in the report, has also commenced pursuant to the country’s Immigration Act.

The six staff members were duly asked to present themselves at the Bukit Aman federal police headquarters on Friday. Al Jazeera’s statement, released on Thursday, affirmed that it stood by “the professionalism, quality and impartiality of its journalism,” warning of “serious concerns about developments that have occurred in Malaysia since the broadcast of the documentary”. The network also noted how its staff had been “targeted by sustained online abuse, including death threats and disclosure of their personal details over social media.” Repeated attempts to obtain the government view on the topics covered in the report failed due the refusal to grant interviews.

The obvious is often the most infuriating for authoritarian states, even amateurish ones with airs. While Malaysia’s abuse of journalists has some way to go before it keeps company with violence of the Philippines, it is making a spiteful effort to climb the charts. An air of intimidation has set in.

The deep irony in all of this is that the five Australians of the Al Jazeera outfit can count on little genuine assistance from to the land of their citizenship. The Australian government has shown itself to be rather keen in targeting the fourth estate for publishing material it deems in breach of national security legislation. Dan Oakes of the ABC awaits the deliberations of the Commonwealth Director of Public Prosecutions over a brief by the Australian Federal Police for his role in publishing the Afghan Files.

Any potential prosecution will need final approval of the Australian Attorney General, Christian Porter, who nurses a faux belief in the merits of the free press and his role as its defender. In Australia, secret trials and investigating journalists for exposing state abuses is all the rage. The fox, in the form of Porter, is guarding the hen house. Malaysia’s heavy handed authorities, for that reason, have nothing to trouble themselves over.