KNUST SHS incident, a wake-up call to teachers and GES 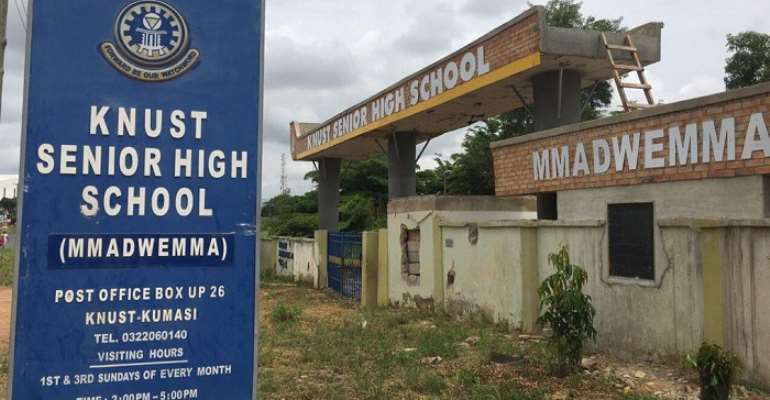 Parents take their wards to school with the assurance that their wards will be taken care of by their teachers. The recent incident at the KNUST SHS to some extent proves otherwise.

It is a common practice for some parents to specifically leave their wards in the care of some teachers in exchange for favours.(Usually referred to as caretakers).Teachers who are mandated to take care of students regardless of any special arrangement now seek indirect payments in the form of token from parents before they "specially" take care of wards. In some cases, the reasons may not necessarily be money but it could be tribal or other affiliations. This is commonly practised in almost all senior high schools in the country.

The death of a student, reported to be called Richard Sam, in the full glare of teachers at the KNUST SHS raises a lot of questions. One may ask "What would have been the reaction of these teachers had they been the caretakers of the student?" Obviously, without a doubt, they would have attended to the student and probably go to the extent of taking him to the hospital. When all these happen in our senior high schools, we have to ask ourselves, "what happens to students whose parents do not know any teacher, whose parents are not financially strong to 'tip' housemasters and other teachers, whose parent do not belong to the same tribe of the teachers, or simply put, bear no affiliation whatsoever with any teacher?"

It could be recalled that an incident happened not too long ago at Dwamena Akenten Senior High School in the Ashanti region on 11th February 2020, where a second-year student, Issaka Karim reportedly died in one of the school's dormitories after he was allegedly denied exeat by the school authorities. Let's ask ourselves if Issaka had a caretaker, would he have died in the first place? This caretaker would have checked on him daily to know the state of his condition and acted swiftly to save the situation.

No one has said it is wrong for a parent to introduce their wards to a friend who he or she might have grown in the same locality with, or attended the same school with, or a relative who is a teacher in the school their ward is attending. After all, it is part of the Ghanaian society as a whole. It becomes problematic when some students are treated as more important than others. Some teachers even go as far as defending and covering the wrongdoings of students placed under their care to avoid any form of punishment. How many Issaka Karims and Richard Sams are we waiting for, to fall, victim of such elitism before it is eradicated from our senior high schools?

Another issue worth taking note of is the general attitude expected of teachers especially in times of crises. What kind of expertise are they equipped with during their training before they pass out as teachers? Was it out of ignorance, unprofessionalism or the scare of contracting the deadly coronavirus? Assuming it was as a result of one of the above reasons or any other reason, is that the best way to handle a situation as a teacher, to whom government and parents have entrusted the well-being of students?

Another angle to look at is the presence of a sick bay in our various senior high schools. As a norm, all senior high schools are expected to have a sick bay and at least a health professional stationed in the school. Well, it is not clear as to whether the school in question has a sick bay or not. However, this begs the question as to whether the measures, as outlined by the president, has been put in place by the various heads of schools to curb the spread of the coronavirus pandemic. The president in his speech assured that all senior high schools will have designated isolation centres as well as health professionals. Does it mean if the student indeed had coronavirus no attention would have been given to him? The video circulating on social media also proves that the safety protocols, such as social distancing is not being adhered to. But can you blame the students? Those who have been tasked to take care of them are not doing it. Why they're not doing it, one cannot tell.

This should be a wake-up call to the various heads of senior high schools about the conduct of their staff. The Ghana Education Service should also ensure that our educational institutions meet these basic but very important needs and the Ghana Health Service through their various agencies should intensify education about the coronavirus pandemic in our senior high schools. We will not achieve anything, but rather do ourselves a lot of harm if we focus all our energies on making our students and teachers risk their lives in these trying times to go to school just to write exams at the expense of their health, their well-being and their lives.