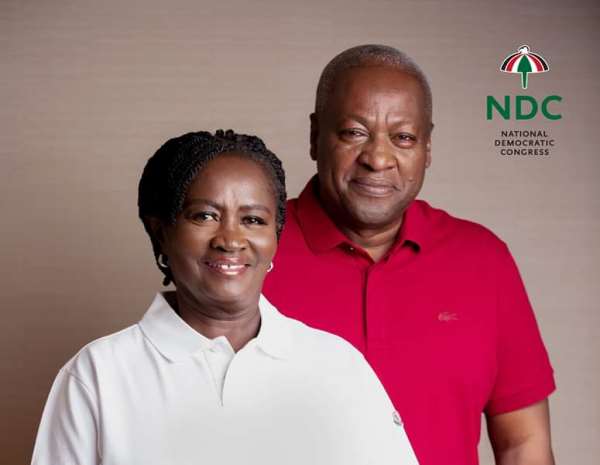 The announcement of the running mate of the biggest opposition party has provoked a political debate about the competencies of their Vice-Presidential candidate. This debate is expected as the media predicted the choice of a person from the NDC party to counter the NPP’s running mate, the Vice-President.

In my Article, titled The “Classics” of the Veep, I traced the history of the Vice-Presidents in the Fourth Republic and realised that three of them were people with backgrounds in Economics: late Professor Mills, late Amissah Arthur and Dr. Bawumia all read Economics. It was also revealed that either the President or the Vice, with exception to the pairings of JJ Rawlings and Kow Nkensen Arkaa, read Economics. This is a fact.

The middle class, mostly academics, in our country do not care much about the professional and academic qualifications of a president and the running mate. If taken seriously, parties would have been fielding political scientists, lawyers and economists. People with backgrounds in these areas have deeper and insightful knowledge in governance and governance related-issues. But in reality, the happenings in governance are contrary to the “imaginary” models.

In fact, the policies on education, health, agriculture, financial sector, road construction and general infrastructure as well as industrialistion will be the persuasive and alluring factors to get the votes of the elites in Ghana. The choice of the running mates may not be the primary issue to consider before casting votes. If people do consider the qualities of the running mate, the ability of such a person to deliver the common good will be the fundamental issue.

Economics was first called political economics. It was later changed to its current name due to the incorporation of mathematical models in its analysis. The analysis and applications of economic principles to solve governance issues cannot be underestimated. Economics, Law and Politics play critical roles in governance. Issues about Economics and Politics overlap.

The debate about the NDC’s running mate not possessing the right professional and academic competencies to head an Economic Management Team may be plausible to some extent. In fact, all governments have or have had Finance Ministers, especially in the Fourth Republic, the introduction of Economic Management Teams have place much accountabilities on the Vice-President. Former President JJ Rawlings and the first Vice-President in the Fourth Republic, Mr. Arkaa did not have backgrounds in Economics but the rest of the pairs would have either of them possess knowledge in the subject. Politics and Economics interlink.

He makes another argument that the Economic Management Team is only crucial to help monitor the implementation of policies in the manifesto of the government. This is inherently flawed. The Finance Minister is appointed by the President and so he can give directives to him or her to implement his or her policies in the party’s manifesto. The reasons he gave are not factual.

The arguments about the Vice-President not being able to manage issues such as the exchange rate (the dollar), inflation, fuel prices, GDP etc have no basis if what he puts out must be believed. These are not within the control of the Vice. The Finance Minister must always be blamed for the poor performance of the economy in general and not the Vice.

It is true that Economics is not the only subject that must be studied by office holders, high or low, it cuts across disciplines. Economic analysis can be applied explicitly throughout society and fields in society, in real estate, business, finance, healthcare and government. Economists are interested in good governance, democracy and public administration.

Fundamentally, there is no limpid evidence to indicate to the contrary that an educationist cannot manage the EMT perfectly in practice. The evidence is that Economics works with principles and procedures analogous to politics. People with in-depth knowledge in it function excellently.