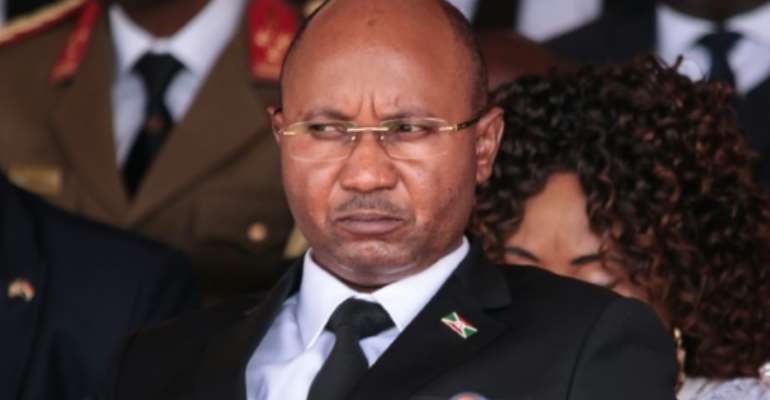 New Burundian President Evariste Ndayishimiye has unveiled a slimmed-down cabinet of only 15 ministers, dominated by regime hardliners such as the head of the feared intelligence service.

Ndayishimiye took office earlier this month after the sudden death of veteran leader Pierre Nkurunziza, and many had hoped for a new era after years of rights abuses, repression and violence.

However Ndayishimiye, an army general handpicked by the ruling party to succeed Nkurunziza, has placed some of the regime's most controversial characters in his government, in the cabinet announced on Sunday.

Last week Alain-Guillaume Bunyoni, former police chief and security minister, who is under US sanctions for his alleged role in political repression, was announced as prime minister.

He is accused of playing a key role during the 2015 political crisis when Nkurunziza's third term bid sparked violence that left at least 1,200 dead and saw 400,000 flee the country.

According to an announcement on national television on Sunday evening, Gervais Ndirakobuca, head of the feared national intelligence services, was named interior minister.

Ndirakobuca, whose nickname "Ndakugarika" directly translates to "I will hang you dead and stiff" in the Kirundi language, was sanctioned in 2015 by the US for "silencing those opposed" to Nkurunziza's third term bid.

He is also under sanctions from France and the European Union (EU).