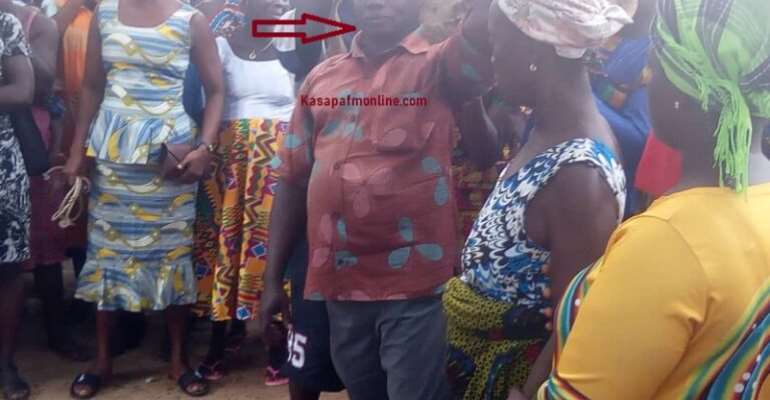 A 57-year-old Pastor of the African Faith Tabernacle Church at Gomoa Ojobi in the Central Region Peter Inkoom has been fined by the Chief of the area after it emerged that he has been having sexual intercourse with his own mother for 19 years.

Joseph Quarshie, a Junior brother to the Pastor reported the affair to the Chief and Elders of the town after their mother, who is now sick, made the confession.

The Pastor, when summoned to the Chief’s palace, admitted that he has been having an affair with their mother and that he must be forgiven.

According to the Pastor’s brother, their mother has been suffering from a strange disease and has been bed-ridden for some time now.

He said upon interrogating her, she confessed to having sexual intercourse with her son and she believes that is the reason why she is stuck in bed.

The Chief of Gomoa Ojobi, Nana Atta Kakrah IX disclosed that the Pastor has been asked to provide three Sheep, three(3) bottles of Schnapp and GHC300.00 as a fine to be used to perform rites to pacify the gods of the land for the incest.

The Chief has vowed to deal ruthlessly with anyone found to have committed incest in the town again.