Long days for Mali hospital coping with violence and virus 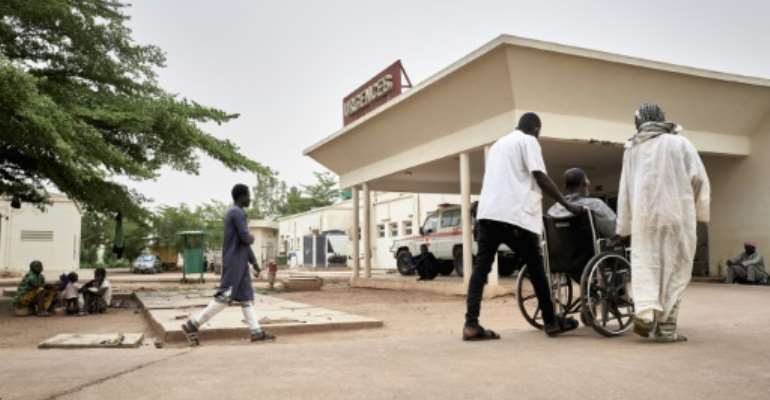 Somine Dolo hospital is the only facility of its size within hundreds of kilometres. By MICHELE CATTANI (AFP)

After a busy day juggling paperwork and meetings, Brehima Traore, deputy director of a hospital in war-torn Mali, may have hoped for some rest. Then his phone rang: he was needed in the operating room.

Traore is one of the doctors who keeps the hospital in Mopti -- at the forefront of a jihadist insurgency in the West African state for years, and now in the fight against coronavirus -- running smoothly.

The hospital has received patients severely wounded by gunshots on a daily basis. It must also cope with a growing number of COVID-19 cases.

Traore was called to the emergency room just as his day was ending. An all-terrain ambulance had just brought in an unconscious man with a gunshot wound to the lung.

Armed men had attacked his village in the Bandiagara region, about 100 kilometres (60 miles) away.

A 15-year-old boy was also shot and taken to hospital.

The surgeon, who had spread himself thin since the morning, worked for two hours to save the patient. 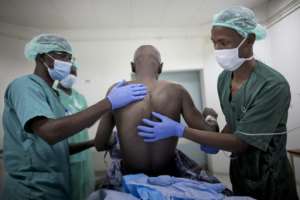 Doctors look at a patient's gunshot wound before he is operated on. By MICHELE CATTANI (AFP)

A rare new medical facility in the Sahel, the Somine Dolo hospital was mainly dedicated to treating the wounded from the beleaguered country's volatile north when it was inaugurated in 2014.

Mali, a poor nation of some 19 million people, has been in the grip of jihadist violence since 2012, when Islamist fighters linked to Al-Qaeda commandeered an initially separatist rebellion by ethnic Tuaregs in the north.

Inter-communal attacks have increased, and the state no longer has much control over large rural areas.

The conflict -- which has killed thousands of soldiers and civilians to date -- has since spread to central Mali, as well as to neighbouring Burkina Faso and Niger.

The hospital, built with Belgian and French financing, is the only facility of its size within hundreds of kilometres and is on the front line of the conflict, admitting 682 wounded civilians and fighters in 2019 -- four times as many as in 2018.

"We are all straddling several tasks due to the lack of staff," with just 200 people running the hospital, he said. 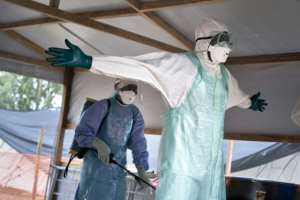 A hospital within the hospital has been set up, consisting of large white tents where COVID-19 patients are treated. By MICHELE CATTANI (AFP)

"It can all be turned upside down by emergencies," Diassana said.

But the team is well established, and "everyone knows what they have to do," he said.

Somine Dolo is struggling now, however, to cope with a pandemic on top of other crises.

Before the first cases even arrived, a hospital within the hospital was set up, consisting of large white tents where COVID-19 patients have been treated.

One recent day, there were 22 patients in isolation and only four caregivers allowed at a time beyond the orange barriers which separate the reception centre from the rest of the hospital.

Protected by coveralls, masks and boots, three hospital cleaners reassigned to disinfect against coronavirus returned from the morgue with a stretcher that they would have to clean.

It was used to transport the remains of a patient who, it appeared post mortem, may have been a carrier of the virus.

It would take time to confirm whether or not the deceased was infected.

All tests performed in Mali must go to a laboratory in the capital Bamako, an eight-hour drive from Mopti.

Getting the results can take three days in Mopti, and five or six days for tests done near the border with Burkina Faso, Somine Dolo's doctors said. 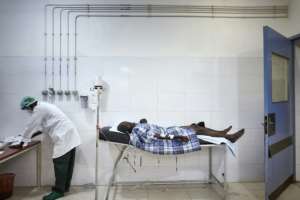 The hospital receives patients wounded by gunshots and explosive devices on a daily basis. By MICHELE CATTANI (AFP)

Authorities have recorded more than 1,700 coronavirus cases in the country to date, with over 100 fatalities.

In his cramped office, Abdoulaye Traore now coordinates the hospital's response to the outbreak, in addition to overseeing anaesthesia and resuscitation.

"The coronavirus is eating up my days," he said, adjusting a stethoscope that never leaves his neck.

But he and a colleague deployed by the International Committee of the Red Cross are the only two resuscitation specialists in the facility.