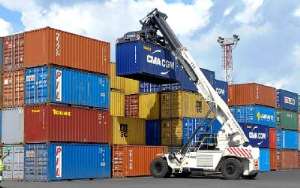 Integrated Customs Management Systems (ICUMS) has registered 1,452 transactions at the land frontiers since it was deployed.

Out of this, 408 were direct imports into home use, 900 Temporary Vehicle Imports, 34 Warehouse, 20 Transit and 9 Free Zones.

Bill of Tax for payment instead of Bill of Entry

Responding to concerns by some stakeholders, Mr Emmanuel Ohene Assistant Commissioner of Customs who is the sector commander of Accra said payment is no longer made on the Bill of Entry (BoE) but rather a Bill of Tax is generated for the payment.

“Whereas previously, a post-entry is required to update change in exchange rate, ICUMS does that automatically and generates a new Bill of Tax.

“This is a more effective way of managing changes in exchange rate rather than the post-entry as was the case in the old system,” he stated.

“So long as a BOE goes through Classification and Valuation process, the payment of this fee is required,” he stressed.

Mr Ohene explained that the tax base for the calculation of ad-valorem taxes in Ghana has not changed and is duly enforced in the ICUMS.

He noted that the upfront relief on the payment of the one per cent Internal Revenue Service (IRS) Tax Deposit is not permanent and subject to periodic review.

“All taxpayers who require an upfront relief of this tax from GRA after approval are updated into ICUMS as and when the approval is done, otherwise you are required to pay,” he added.

He said every transaction done in ICUMS including Import Assessment Tax (TVI) is issued with their required Certificate.

For the avoidance of doubt, a TVI Certificate is generated and given to the driver, which is verifiable, he stated.

Mr Ohene explained that ICUMS has clear isolation of data and data privacy which is strictly enforced saying “transactions of one entity cannot be accessed by another agency.”

In addition, he said there is clear control of work, such that even users in the same company are not able to see one others’ work unless assigned supervisor role.

According to him, the administrators of a company can create, assign roles, suspend, revoke and delete a user.

He said the establishment of an ultra-modern Call Centre and Customer Support Desks at strategic locations was normal in such a transition process.

“Since November last year, training sessions have been organised for all stakeholders before the system went live.

“More so, as training is a continuous process, it is still ongoing and being run in collaboration with Freight Forwarder Associations to date,” Mr Ohene said.