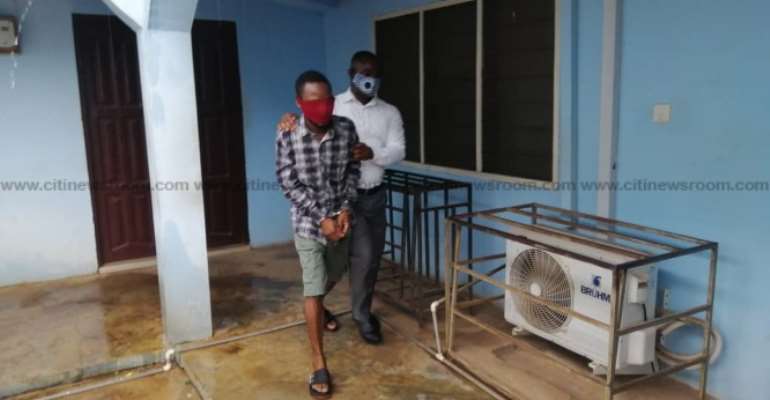 A Circuit Court in Kumasi has sentenced a 26-year old man who inflicted deep wounds on his three-year-old son to 24 months imprisonment.

The court also asked the convict to sign a bond of good behaviour for four years.

The court, presided over by Her Honour Patricia Amponsah while reading out the ruling said the accused person, Ebenezer Osei Bonsu showed remorse.

She said the court considered his age and also his responsibility in bringing up his son.

Lawyer for the convict, Amofa Kodua, speaking to journalists after the ruling said he was grateful that his client received such a “lenient” punishment.

“We can only be grateful because the facts were against us, so we were only praying that the judge will have pity on us and also take into consideration the fact that he still needs to cater for the child. So we are grateful to the court for dealing, supposedly, lenient with us. We would have wanted that he be cautioned and bonded to be of good behaviour, but causing harm, you know the repercussions so if the Lady Judge has dealt leniently with us like this, we can only be grateful to God that he answered our prayers.”

Meanwhile the Mother of the three-year-old, Barbara Obeng says even though the family expected him to get more years, they are satisfied with the ruling.

“Whatever the court said is okay for me and I will take it. My only desire now is to go back to school so that I can take very good care of myself and my son. That is my only desire and it will make me very happy, so I need help. The wounds have healed so, for now, he [three-year-old son] is fine. I thought the years would have been more than what he got but it is okay.” 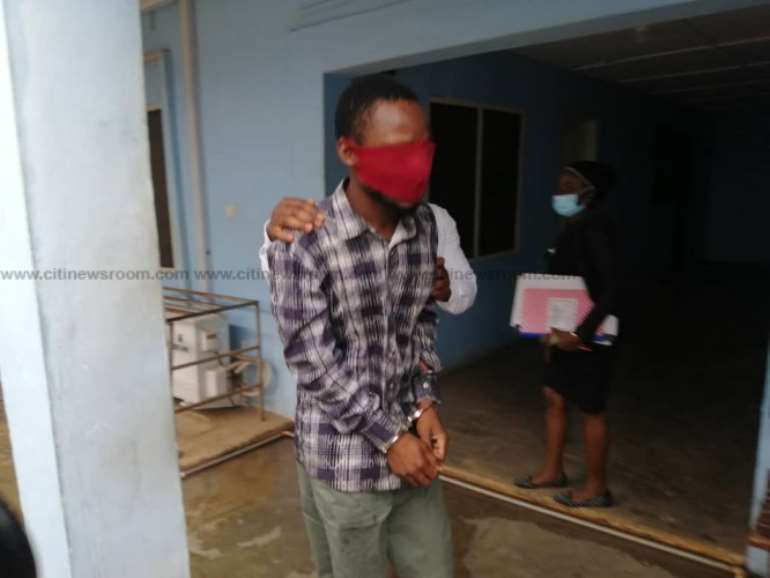 The convict, Ebenezer Nana Bonsu, who had a truncated relationship with the boy's mother, claims the victim damaged his phone and urinated on his bed.

The boy lived with his mum until in April when she took him to spend time with his father and also celebrate his 3rd birthday.

The constant abuse the boy suffered in the hands of his father pushed a neighbour to alert his mother who came immediately to pick up her child. She and other neighbours were shocked to see what the man had done to the little boy.

The man was arrested while the little boy was taken to the Manhyia Hospital in Kumasi where he is currently receiving treatment.

He was arraigned before a court in Kumasi on Thursday, May 14, 2020, and subsequently granted bail by the presiding judge , Patricia Amponsah, to the tune of GH¢50,000 with three sureties to be justified on the grounds of COVID-19. However, he failed to meet the terms of the bail.

The family of the convict later pleaded for an out of court settlement, but the offer was rejected by the Mother of the three-year-old boy and her family.

Barbara Obeng speaking to Citi News after the baby was discharged from the hospital insisted she will not accept the request for an out of court settlement on the matter.

“For his family, they wanted us to settle it in the house, but my Mom, my Dad and I personally don't want it settled that way so I want the court to deliver justice. He (Baby) cannot lay down on his back and he can't even walk well but he is ok for now. He can talk and move around a little bit but every night he cries that his back hurts and that he can't sleep.”