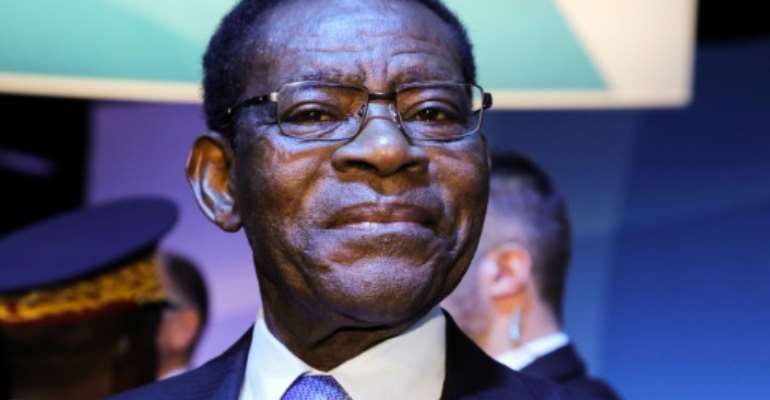 President Teodoro Obiang Nguema has imposed some of the toughest anti-coronavirus measures in Africa. By ludovic MARIN (POOL/AFP/File)

In Equatorial Guinea, a country ruled with an iron fist for four decades, the strain of living under one of Africa's toughest coronavirus confinements is starting to tell.

Restaurants and bars are closed and only food stores and pharmacies are open, from 7am until 3pm.

Leaving one's home is only permissible to buy food or for medical reasons, and requires prior authorisation from the neighbourhood leader, who is a member of the ruling party.

The precious document can be requested at any moment by police or the military.

Pinto, a once-bustling trading district of Malabo, has become a ghost town with multi-coloured facades.

Most of its hawkers are West Africans and Cameroonians who sell or repair mobile phones.

Today, their lives have been reduced to a game of cat and mouse.

Storeholders have a lookout who keeps an eye out for police patrols, and doors are whisked open and swiftly shut when a client comes along.

Getting caught can lead to a beating or a demand for a kickback -- or both.

Videos alleging police or military violence during the lockdown have spread quickly on social media.

In one of them, a woman in Bata is brutally thrown into a vehicle by five police officers, one of whom gives a heavy slap.

Another shows truncheon-wielding soldiers violently beating a man behind the knees.

Several people, speaking on condition of anonymity, told AFP that they had been assaulted.

"Policemen slapped me three times because I was out of my home at midnight and I wasn't wearing a mask," said Susan, a 30-year-old chamber maid.

"I received six strokes to the buttocks with nightsticks because I didn't have the authorisation to go out, but all I had done was to go out to buy food at the grocer's shop," said Fulgencio, 50.

The country's only significant opposition party, the Convergence for Social Democracy, has urged those responsible for police brutality to be "brought to justice".

Equatorial Guinea is awash in oil, but more than half of its population live below the threshold of poverty.

In other African countries, curfews, travel restrictions and other measures are starting to be eased, partly to help people who depend on day-to-day jobs to survive.

But in this central African state, the lockdown is grinding on and in the absence of government aid some say the harsh policies are no long justified. 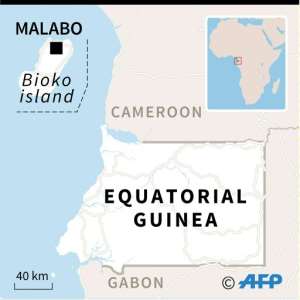 In its defence, the government says the lockdown is a crucial weapon.

"The government cannot do any easing at the moment as long as the level of the infection curve is not known for sure," President Obiang said on May 15, as he ordered a one-month extension.

According to official figures, there have been just over 2,000 cases of coronavirus in a population of 1.3 million.

But this figure is no longer updated on a daily basis, and the national tally of deaths -- 12 -- has remained unchanged since May 25.

"If the toll is no longer issued each day as the health ministry used to do, that's because an order has come from higher up," a member of the technical committee to fight coronavirus told AFP.

"By hiding the infection figures, the government runs the risk of a boomerang effect -- it's not a political problem, it's a question of health and human lives," said sociologist Pablo Odeng. 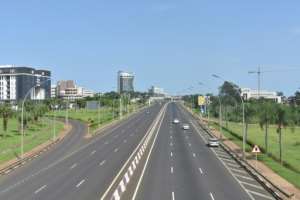 In contrast, the issue of police violence was aired in an opinion programme on Television Asonga, the country's only privately run channel, which belongs to the president's son, Teodorin Obiang.

The following day, on May 1, the programme and the seven journalists on it were suspended without explanation.

"Not even coronavirus escapes Equatorial Guinea's extreme censorship," said Reporters Without Borders (RSF), whose annual index for press freedom rated the country 165th out of 179 states.