A Local President With A Foreign Taste: The Chronicles Of Nana Addo 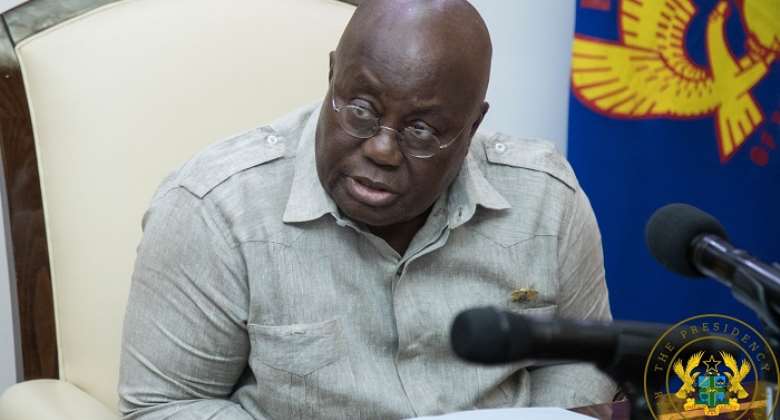 Ghanaians have elected a President in 2016 just a month after United States citizens elected their Donald Trump. Two individuals with similar characteristics, but just a little different in their feelings for their countries and citizens. Although Trump dilutes his love for his citizens with his racist underpinnings, he still shows some love to some of his people anyway.

Here in Ghana, my President addresses us with some “borrowed” accent. An accent I can’t hear Mr Tsatsu speaking with. Not even Dr Bawumia who spent almost all his academic life in UK and the West. But why does he not slur when he’s speaking twi? What about Kofi Annan who spent almost all his life in the West up to the point of rising to become the UN Secretary-General? How much will Nana Addo have spoken his slangs if he were in the shoes Kofi Annan?

A President who starts his day at the Independence Square with stolen speeches woven into paragraphs of well-crafted-single-speech should be predictable. That President should be expected to take his breakfast from Bar 61 Restaurant in London, his lunch from State of Grace from Houston and his supper from Masha in Paris. This is my darling President, a “socialist” with a capitalist taste.

Osagyefo Kwame Nkrumah, a fine orator, owes a bank of speeches to his credit. Very fine speeches my President could have stolen without paying dearly like how Ghanaians paid for the stolen speeches from President Bush and Clinton of America and some from President Mahammudu Buhari of a distant away Nigeria. What happened to President Mahama’s nice speeches he made on UN platforms? At least local stealing could have been better than an International robbery like that one.

Here is my President who has the opportunity to spend his morning in Kempinski hotel, his afternoons in Royal Senchi Resort Hotel and his night in Peduase Lodge. Well, he decided to choose UK to spend his one week holiday with his wife, daughters and grandchildren in 2018. That is a Kyebi Lawyer with a foreign taste. And this is the President who said he’s promoting made in Ghana goods. The paradox is striking indeed.

Why won’t we have the current strange happenings when Ghana’s mission in South Africa couldn’t attend the unannounced funeral of Hugh Ramapolo Masekela, the South African Flugelhornist. My President decided to attend the funeral of the singer without an official invite from the South African government. That is President Nana Addo. During this time, Ghana was battling with insecurity; heightened armed robbery cases.

Even when Mahammudu Buhari won as President to serve his second term in office, Nana Addo congratulated him ahead of the concession and congratulations from his opponent in the election. Astonished? Meanwhile, the death of several people in the Upper West Region out of CSM didn’t catch the attention of our President’s Tweeter handle. Not even the victims of the Kintampo accident could get Nana Addo to shake a muscle in a pretentious pain.

In around mid-April, 2019, Ghana experienced yet another fatal floods in the capital. This, unfortunately, killed seven people whose bodies were retrieved by NADMO. My President kept his tweeter handle to his chest, his Facebook page was temporarily shut down and the Flag Staff House Communication Bureau went on recess. So, no statement could be issued in even a three-letter word “Rest in Peace” on the tweeter handle of our President to serve as an excuse.

Due to our President’s obsession for the name cathedral, when the Medieval Catholic Cathedral, known as Notre-Dame in Paris, caught fire at around 18:20 CEST on the 15th of April 2019, some days after the floods in Accra, Nana Akuffo-Addo sent a quick message to commiserate with the people of France at around 10:00 pm same day. The bashing from Ghanaians after that tweet got him to speak to the issue of the flood victims in the end.

Any surprises? Well, you need to console yourself with the Senior Minister’s position that, once they (classical capitalists) need money from any foreign entity to consume, they will do anything within their means, even if it means breaking the laws of Ghana at the detriment of Ghanaians for their money. Remember Aisha Huang’s case? Don’t also forget about the US-Ghana military deal which gave the US government and its army unfettered access to our radio spectrum and to our security installations. That should tell you that, our President and his agents in government declared themselves puppets of the West way before they came to power.

Fellow Ghanaians, don’t let this last straw break your back. The George Floyd scenario in Ghana is some kind of weird. Although I subscribe fully to the saying that, injustice anywhere is injustice everywhere, but I saw our President’s image redemption therapy as an expired one. Kaman how?

My President tweeted in a bid to seek for justice for George Floyd? Justice, he can’t guarantee his own citizens whose taxes he feeds on? We were not angry enough when we should have been, but we only asked questions about justice back home here in Ghana. To insult us better, President Nana Addo ordered for a local memorial service to be organized here in Ghana for the late Floyd. Remember this was organized with our taxes. What is our crime as taxpayers?

What happened to Ahmed Suale? A man who was alleged to have been murdered with a master plan of Kennedy Agyapong is yet to receive any form of justice. Or his death doesn’t matter because of the letters that make his surname? Doesn’t his children deserve to be taken care of by the taxes they toil to pay?

What about JB Danquah? Has the state invited Mr Kennedy Agyapong to ask him what he was doing around JB Danquah’s house just immediately the legislator was murdered? Was he asked questions as to why he was the first to have shown up when the alarm bells rang at JB Danquah’s house? At least JB Danquah was a good man who served the NPP with his sweat and resources. Today, the more his murderer (Sexy Dondon) confesses, the darker his dungeon he’s thrown into gets darker, deeper and scarier.

Up until today, Nana Addo has not said a word about the missing Takoradi girls. Not even the controversy around their case could get President Nana Addo’s tweeter handle active. Not a visit and obviously not a state memorial services for the missing girls. Fair?

Mr Eric Ofosu of Taabo Line in the Ashaiman Municipality equally deserve justice. He was murdered by an army officer using same gun Eri’s taxes were used to buy. Floyd is no human than Eric, is he? Why Mr President?

The taxes used for the memorial service for Floyd could equally be used to set up a fund for families of victims who suffer from same injustices in Ghana; victims such as Eric Ofosu, Ahmed Suale, etc. How can a President of Ghana be seeking for Justice for George Floyd in US which he doesn’t give us in Ghana? This only happens when you have a local president with a foreign taste. Shame!