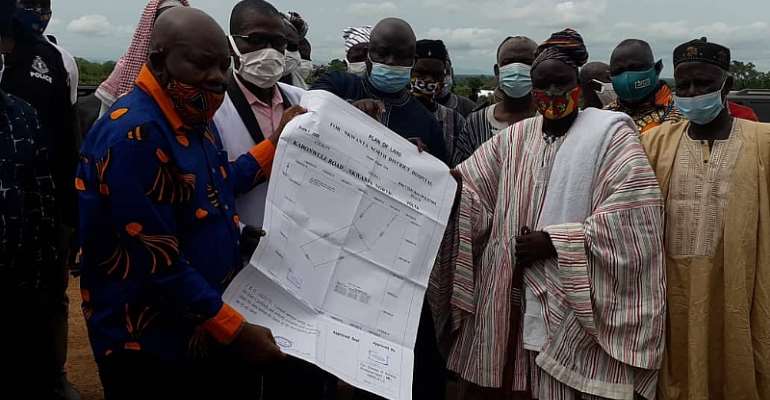 Residents in the Oti region have lauded their chiefs for releasing lands to support the construction of four hospitals in the region by govenment.

The four hospitals are part of the 88 new hospitals earmarked by the government to improve the country's health sector.

They described the gesture of their Chiefs and the initiative of the government as a good show of generational leadership and hoped the partnership will continue till the projects are done; as the hospitals will bring great relief to them.

One of them, Winifred Asiedu of Kadjebi reiterated the commendation when four chiefs in the Oti region recently released about 80 acres of land to government for the purposes of Municipal and District hospitals in their respective areas.

The 80 acres of land comprise 23 acres at Kpassa, 15 acres at Kadjebi, 22 acres at Dambai and 20 acres in Krachi Nchumuru although the government had earmarked 15 acres for each of the hospitals.

The traditional leaders who separately thanked the President for the initiative, adding that although it was long overdue, it will go a long way to reduce the disparity in quality health delivery in underdeveloped areas in the country, like the Oti region.

Ubor Konja Tassan VI of Kpassa, in the Nkwanta North district prayed that there will be enough commitment in ensure the project becomes reality and not just a political promise.

He added that the region apart from being a predominantly farming area lacks bad roads and several other social amenities and support systems that makes access to healthcare very difficult.

Hence, building a hospital facility “will restore hope for children, pregnant women and other vulnerable groups who have to travel long distances on roads, sometimes at the peril of their lives and that of others to access health care.”

The Kadjebi Akan Queen Mother, Nana Akua Owupe reiterated the call of the Chiefs that everything should be done to ensure the projects take off early and are completed on time.

She recounted with the hospitals, the unpleasant incident in Dambai, the Oti regional capital (Krachi East) where a lady who was due for delivery had to be delivered on the street will be a thing of the past.

The Oti Regional Minister, Nana Kwasi Owusu-Yeboa who inspected the lands commended the chiefs for the commitment shown by the chiefs and assured that government is also committed to ensure that “every Ghanaian irrespective of location or background gets access to the best of healthcare services, hence the projects will all be completed promptly immediately they begin.”