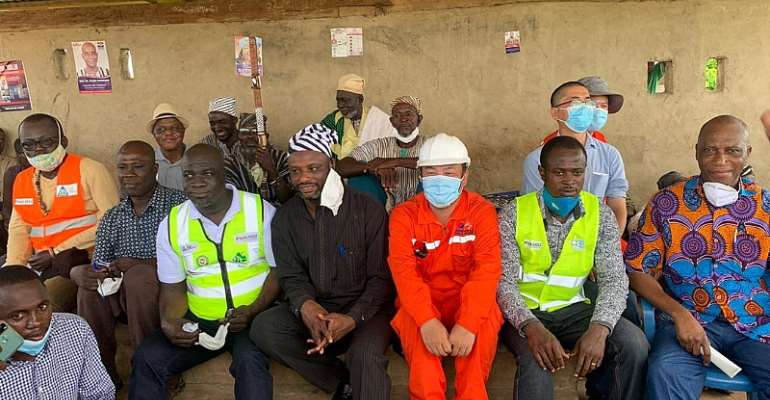 The Pwalugu Multi-Purpose Dam will benefit Ghanaians in many aspects such as electricity, fisheries, irrigation and control of flood.

The primary components of the Pwalugu Multi-Purpose Dam Project consist of a dam with an elevation of 165m near the Pwalugu Bridge on the White Volta River and the maximum reservoir area of 350km.

3. An Irrigation Scheme consisting of a 12m high weir and a Canal network (main primary, secondary and tertiary canals) for 24000haof land.

4. A 15km overhead line for export of power to an existing transmission line.

The dam will be a central roller compacted concrete combine and earth and rock fill dam on the banks.

The Dam is going to be of many benefits to the people of Northern Ghana and Ghana as a whole.

The project has the potential to increase annual rice production in the country by up 117,000 tons and maize up to 49,000.

Ghana's renewable energy capacity is expected to increase from 2%to 10% by 2030 to meet the United Nations Framework for Climate Change (UNFCC) because of the hydro power component of the Dam.

The project also has a solar component.

The solar energy will complement the hydro energy to enhance reliability.

Stakeholder Engagement by Volta River Authority, VRA towards the construction of the Pwalugu Multi-Purpose HYDRO, Solar and Irrigation Project at Kurugu has been initiated.

Speaking at Walewale the West Mamprusi District capital as part of VRA's community engagement strategy, the Senior Executive Liaison Officer to the VRA Chief Executive In-Charge of Stakeholder Engagement for the Pwalugu Multi-Purpose Dam Mr. David Prah stated that the Volta River Authority will continue to engage with the Chiefs and people of the Project Affected communities in a mutual and sustainable manner for a successful implementation of the project.

The much talked about Multi-Purpose DAM with Solar Power Facility begins with the entry of the Contractor Power China on site.

The construction of the dam is estimated to take three and a half years to be completed.

The award of the contract to Contractor Power China as was promised by President Akufo Addo some few weeks ago has been fulfilled and therefore, work start has been affected.

All things being equal, the people of Northern Ghana and the nation as a whole will enjoy the Multi-purpose dam by three and a half years as estimated.

This project will serve Ghanaians in stabilizing our power supply especially in the North, assist in Agriculture and curb flood as well.

The EC Of Ghana Will Not Joke With The Faith Of Ghanaians. W...
41 minutes ago