France pledges billions in aid, but what will post-Covid economy look like? 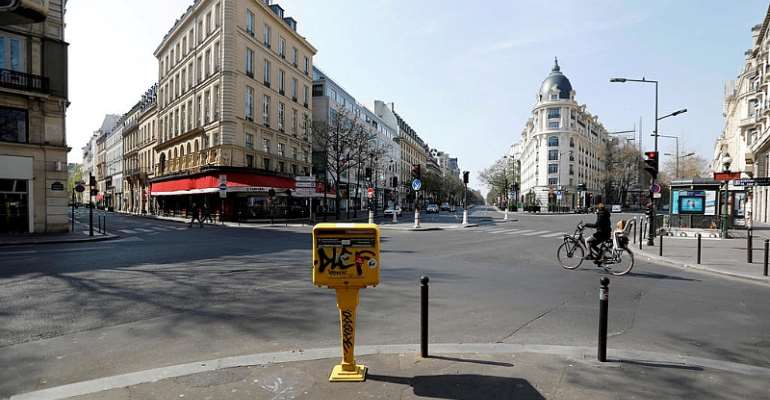 French President Emmanuel Macron was to announce aid for the automobile industry on Tuesday, a day after his government said it had put 450 billion euros on the table to save the economy from the shock of the coronavirus epidemic. RFI asked an economist what these plans show about the post-pandemic world.

Emmanuel Macron promised in March to protect the economy from the coronavirus epidemic “whatever the cost”, and on Monday his government said it had so far pledged nearly half a trillion euros.

“Our response to the Covid-19 crisis was immediate and massive: 450 billion euros in aid and state guarantees, or 20 per cent of the national wealth to save our economy,” said Finance Minister Bruno Le Maire.

But the number does not mean France has actually spent 450 billion euros, since two-thirds of the amount represents the limit the government has set on state-guaranteed loans that would only impact public finances if the companies that used them went bankrupt.

“It's not public money at this stage, but a way for companies to go to their own banks and say they have a guarantee of the state to borrow more,” says Maxime Combes, an economist and spokesperson for the French office of Attac, an NGO campaigning for fair trade and regulation of financial markets.

“At this point, we don't know how much public money will be put into the economy. The figure may make an impression on public opinion, but in economic terms, it doesn't mean anything.”

Most public expenditure to date comes from 110 billion euros in tax deferrals, grants and subsidies to absorb the economic shock of the nationwide confinement that lasted from 17 March to 10 May.

The amount of the package is likely to increase with a revised budget in June, and the government said Sunday it anticipated the national debt will rise to over 115 per cent of gross domestic product this year.

If it is not yet clear what reorientations of public spending and finance will emerge from the coronavirus pandemic to service such debt in France or elsewhere, the government has also been preparing recovery packages for specific sectors.

“The economic policies of most European countries say the system should be recovered as soon as possible, without any big changes,” Combes observes. “They are putting money into policies to ensure all these companies will still be alive at the end of the pandemic – if it does end one day, which we don't know.”

In addition to the announcements for the auto industry Macron was expected to deliver on Tuesday, France's government has already pledged 18 billion euros for the tourism sector and is expected to detail a bailout for the aerospace industry in the coming weeks.

“These policies are based on the assumption that the economic system can recover to be more or less the way it was before the pandemic,” Combes says, noting the absence of guarantees on social and environmental issues in exchange for aid.

“It's very disturbing for people like me, who think the world before needed to change because of climate change, inequality, unsustainable globalisation and so on.”

Bailouts are also premised on the notion of renewed demand, but the epidemic has disrupted consumption patterns across so many industries that it is not clear whether returning to pre-coronavirus levels is feasible.

“For many economic sectors, the day after will be so different than the day before,” Combes says. “For example, most people now are not thinking of taking a plane in the coming months, are not considering going abroad for holidays, they will change their way of living and consuming, and it will have deep impacts on the economic system.”

As many European countries proceed with caution to avoid a potential second wave of infection, Combes speaks of a second wave of economic shock that is already underway.

“The crisis isn't only coming from the lockdown, but will be getting worse, because people will have changed and have already changed their ways of consuming and living,” he says.

But if rising expenditure and debt and industry bailouts bear echoes of the financial crises that began in 2008, which in the eurozone heralded a decade of debt crises and austerity policies, Combes does not believe the same scenario is repeating now.

“Austerity makes for worse and worse consumption,” he says. “This is a big a difference with 2008-2009, when you were able to try and save the economic crisis with financial policies and austerity measures. If you do this now, you will deepen the crisis a lot.”