Reopening of Schools: How the Teacher Unions Got it Wrong 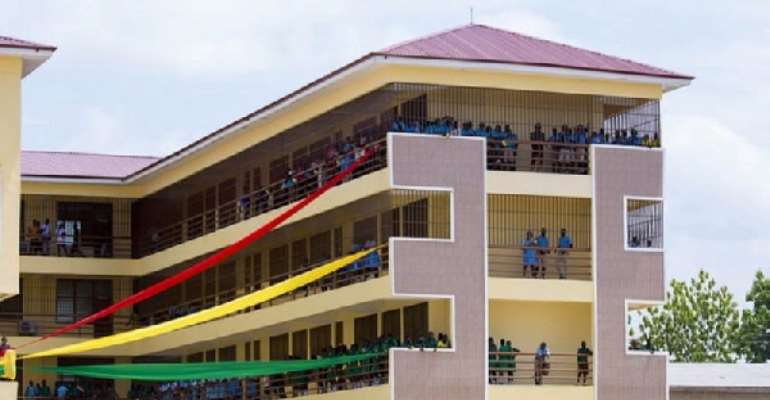 In that letter to the teacher Unions signed by the Director-General of the Ghana Education Service(GES), Prof. Kwasi Opoku Amankwa, dated on the 13th of May, 2020, the Management of the GES sought to invite their inputs for the compilation of proposals of safety protocols for the reopening of schools, should the President of Ghana lift the ban on public gatherings.

The above was a harmless call by the GES especially given how teacher unions had lashed out the GES and the MoE for failure to engage them in matters of educational relevance and teachers welfare, with the latest being their recent rejection of the Pre-tertiary education bill laid before parliament by the Minister of Education on the basis of non-engagement.

In a joint response to the GES, the four teacher unions namely the Ghana National Association of Teachers (GNAT), National Association of Graduate Teachers (NAGRAT), Coalition of Concerned Teachers of Ghana(CCT-GH) and the Teachers and Educational Workers Union(TEWU) affirmed that the Pre-tertiary education unions would not ascribe to the reopening of schools even if the President of Ghana decides not to extend the deadline of the 31st May ban on public gatherings and order the reopening of schools. How contemptuous that decision would be! It must be emphasised that in that joint letter from the Unions, no single proposal was proffered by the Unions for a possible resumption of schools at the Pre-tertiary level.

The stance taken by the Unions not to reopen schools even by the order of the President of Ghana is by way of suggestion and implication, a testament of their belief that Ghana would never gain freedom from the ravages of the Covid-19 pandemic. Again, this ill decision of refusing to open schools sound a clearer message to the neutrals of how determined they (unions) are to continuously and deliberately stay at home while they enjoy their full salary.

What if the President's lift of the ban and subsequent order to reopen school comes at a time when Ghana has successfully won the battle against the COVID -19 like Mauritius and Eritrea whose patients have all recovered with no active case as of now?

In their response letter to the GES dated 18th May 2020, the Unions pointed out how the Covid-19 pandemic is still on a havoc-wreaking spree with its exponential rise in Ghana. They were also alarmed by the horizontal spread of the coronavirus and our schools could be incubation centres of the pandemic as the unlimited social interactions and movements by learners in large class size and dormitory congestion would make physical distancing impracticable.

The Unions again pointed out how the commuting of teachers and learners from different destinations would lead to viral movements and spread and that hand sanitizer and facemasks for learners have not been made available in schools.

Playing the devil's advocate, would these unions still stay at home with their members should the pandemic span for over a year? They would still have to find a way out to reopen and that is what the GES sought to plan ahead of time in the 5th paragraph of their letter where, after duly acknowledging the teacher unions as major stakeholders of education, requested them to bring on board strategies to put in place to ensure a smooth reopening of schools while ensuring the safety of teachers and learners in case the President finally lifts the ban.

The Unions should also take note that schools shall resume whether there is COVID 19 or not hence the need to prepare for the worst as we hope for the best. We should be guided by the hint from the World Health Organisation (WHO) and the Ministry of Health that Covid-19 may come to stay with us. That is why the clergy, being proactive enough, submitted their proposal of safety protocols to the President and his Cabinet two weeks ago. The President, however, after perusing their proposal still upheld the ban on religious activities upon expert advice, an indication that submission of proposal on safety protocol does not guarantee an automatic lifting of the ban on gatherings.

Moreover, would these teacher unions have taken this decision of rejecting a possible reopening of schools if they were in the uncomfortable shoes of the thousands of private school teachers who have remained unpaid for the past two months? The story might have been different then.

The media should also take a portion of the blamed or this development because of their infodemic (the spread of false news) within this pandemic. For instance, in an interview with Mr. Angel Carbornu, the national president of NAGRAT on a reputable television station, the interviewer (name withheld) made it sound as though the GES have confirmed a reopening date of schools in June.

Drawing down the curtain, and in no equivocal terms, the teacher unions had it all wrong with their ill reaction to the GES call on them for their inputs on the safety protocols for a possible reopening of schools should the ban on public gathering be lifted by the president. Since the Unions are not the only stakeholders in education, the GES should leave them behind and go ahead with their engagement with other stakeholders, take their inputs and whatever is arrived at as the final proposal document would bind all these teacher unions.