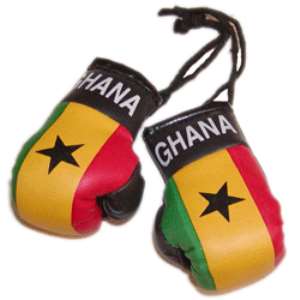 It is an undeniable fact that there is an agenda by certain superior and powerful people to reduce the population of, if not exterminate, the black race. Since the outbreak of the novel coronavirus (Covid-19), there have been several conspiracy theories on the social media by some seemingly credible persons without skin colour distinction, come out with stories about how there has always been a secret scientific programme to reduce the population of black Africans, if blacks in general, through what is called eugenics.

What is Eugenics? It is defined by Wikipedia as, "a set of beliefs and practices that aim to improve the genetic quality of a human population, typically by excluding people and groups judged to be inferior and promoting those judged to be superior". In contemporary usage, the term eugenics is closely associated with scientific racism and white supremacism"

Many concerned white persons who are against that programme have come out on the social media to post videos talking about it in relation to the outbreak of Covid-19 pandemic. Most of us were in two minds but today, I do believe the veracity of their assertions. Many of them were pointing an accusing finger at the world's richest man, Bill Gates, as being behind the drive to implement a worldwide policy of eventually getting everybody mandatorily vaccinated against the deadly Covid-19 with the vaccination to be produced by giant pharmaceutical companies of which he has interest.

The conspiracy theories hold that he plans to implant a nano-chip under the skin of every human being through the administration of the vaccination. This, they allege, could help carry out the murderous agenda of eugenics against the black race. Why had his wife allegedly come out to say that Covid-19 could wipe off a sizeable number of the black African population? What moved her to say so if the claim allegedly attributed to her is true? Is it because we could not purchase vaccines to save us from the disease, or any future vaccine to be offered to us free as usual lazy beggars as we are, will be programmed to eventually kill us? I can't get it. Could someone chip in to explain it, please?

As man proposes but God disposes, were there to be any evil intention against the blacks or the inferior people in the world through the compulsory administration of some vaccines of some sort, the American Supreme Court, has ruled against Bill Gate and the giant pharmaceutical companies that vaccine shall not be mandatory in their application to control or prevent a disease attack on any person.

Finally, black Africans are being exploited to the hilt by foreigners yet, African leaders are unable to find ways to stop that persistent milking of black Africa dry year on year. Is it not because of our infatuation with corruption, selfishness and lack of farsightedness that has made it possible for black African countries to be inhumanely exploited to reduce the nations into shitholes with the people and nations becoming beggars living at the mercy of foreigners?

Watch the videos below which are self-explanatory.

Please, wake up for time is not on your side. The more you slumber in laziness while the world is moving at a Concord-like supersonic speed, the easier is it for any more awake and intelligent person or country to exploit you to your own regrettable detriment. You will not be offered or sold contaminated food or drugs if you were not corrupt to selfishly siphon your country's money into your overseas private bank accounts, depriving your nation of the needed funds to develop your country to be self-sufficient in some basic needs.

Black Africans, wake up before you are caught unaware for total extermination by a disease or a vaccine. Why are you always hit by serious fatal diseases like HIV/AIDS, EBOLA and now Covid-19? Each time you are afflicted with these deadly diseases, you just look up to the whites to rescue you. Why? Don't you have scientists and technicians same as the western countries have? What are your scientists and numerous PhD degree holders doing? Are they just a bandwagon of the "Chew, pour, pass and forget?"

Anyway, I am done so those who have ears to hear, let them hear. Nonetheless, I will make sure you hear, although I am not a dictator!