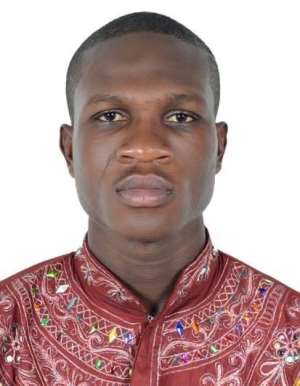 “Once upon a time there lived a cat and mouse in the same house, the mouse started a fight between itself and the cat but the cat always wanted to protect the peace in the house not to fight the mouse because of it reputation and the tiny features of the mouse.

One memorial day, the cat was enjoying some rest and the mouse started to disturb the peace by and pouring the meat of the cat into the gutters, this cruel act by the mouse got the attention of the cat which made it very furious and made the mouse as it’s supper and that was the painful and sad end of the mouse.”

Hon. Isaac Adongo, who seeks political attention from routined engaging His Excellency Bawumia (Ph.D.) with weak and elementary economic desperately is now the leading candidate to be appointed as the running mate for the former President John Mahama because of NDC best shoot to match the Vice President Bawumia is Adongo which many Ghanaians believe is a contest between Ranger Rover and Aboboyaa in terms of managing the economy is concerned.

The fundamental question all well-meaning Ghanaians are asking is Why the NDC desperately wants to match Adongo with Bawumia?

The last time we checked Mr. Adongo only excel in Level 1 certificate from the institute of chartered accountants, which make it imperative to quiz other academic credentials on economics and other financial certificates which will help him to face the economics luminary Vice President Bawumia (Ph.D.)

If the NDC can trust Mr. Adongo with the political economy and financial sector, I can state it emphatically without fear that indeed the NDC is not only bankrupt with ideas about the economy and doesn't know more about figures because they are naturally bad mangers of the Ghanaian economy.

How can you give a football team to a coach who is not even a fan of football is purely a criminal act.

How experienced is Adongo in the financial and economic sectors?

if Late Amissah Arthur, Mr. Kwabena Duffour, and Professor Kwesi Botchway with all their experience and rich financial and economic background could not match Economics Messiah Dr. Bawumia how much more a Bsc Administration Graduate?

Mr. Adongo must humble yourself before the Economics messiah so he baptizes him with free education on Economics and financial management. It will be very difficult for Mr. Adongo to win a contest between Hajia Samira Bawumia on the subject matter finances and economics how much more Dr. Bawumia.

A few days ago Sammy Gyamfi attributed the outbreak of Coronavirus to the reasons why the Ghana Cedi is gaining strength against major currencies which is generally believed to be from the Adongo school of economics.

I would like to reiterate what is the link between coronavirus which is killing thousands of people globally and the affect on the currency? Is an assignment Mr. Adongo should answer without resorting to the business as usual propaganda

It is understandable to reason why Ex-President John Mahama failed as a President if he hailed the likes of Adongo as infallible demi-gods and a gem in economics during his administration, it is only logical for Vice President to school the NDC in economics.

EX - President John Mahama, Ghanaians wants to know when you are naming your running mate because Mr. Adongo allows polluting the political space with weak economic logic and adds up about 60% of economic noise in the media. We hope you will balance the level of economic discussion with some seriousness for the sake of the country to prevent Dr. Bawumia from damaging the little credibility of Mr. Adongo to well-meaning Ghanaians.