666 One World Government: The Technological Control 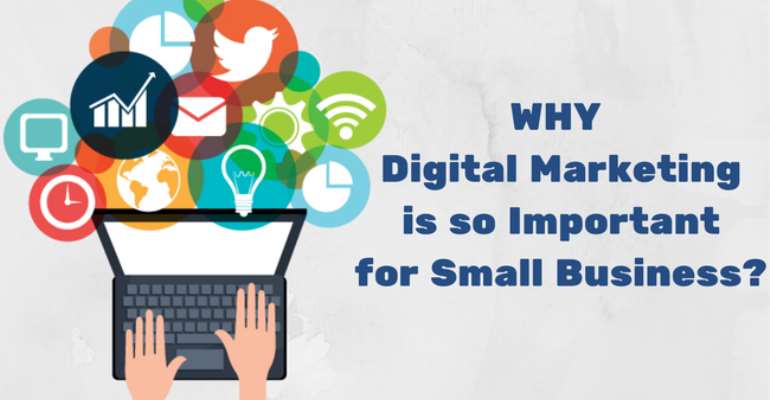 Rev_13:17 “And that no man might buy or sell, save he that had the mark, or the name of the beast, or the number of his name. Rev_13:18 Here is wisdom. Let him that hath understanding count the number of the beast: for it is the number of a man; and his number is Six hundred threescore and six”.

There are so many people who are anticipating the Ushering in of the Rule of the Beast, the 666 Universal Government (One World Government), yet have no idea as to how it will work out or how to identify its coming, even though many theory abound. Prevalent among them is the old school Sunday Worship Law; and the modern Chip Conspiracy.

This is an old theory formulated and fanned by the SDA Church in support of its half-hearted Saturday (Sabbath) worship. Nevertheless, a large percentage of details of revelations they level against the Catholic and Sunday worship are true. The catch is Christianity is Christianity, and Christendom even goes beyond its traditional borders; and the Rule of the 666 Government has no respect for any grouping whatsoever, not to mention religion. It is the universal rule of Satan in the belief that he has succeeded in wrestling power and control over the universe from YAHOWAH, the Creator of the Heavens and the Earth, and all that is within. In this light the agents of Satan will attempt to CRASH all rebellion and resistance including that of both the Elect of YAHOWAH (I didn’t say the Church), and many of other people who will attempt to oppose the 666 Rule, for one reason or another, irrespective creed, nationality, color or anything else.

Note: I mentioned the Elect of YAHOWAH, and NOT any religious group because NONE of all the Religious groupings in the world are YAHOWAH’s People. The Elect of YAHOWAH are scattered all over, and not necessarily of a particular Religion. They are those who genuinely love YAHOWAH at Heart and love people as they love themselves - selfless. The Religious groupings are even the softest groupings the Devil will overcome, and has indeed overcome – look which of the religious groupings are NOT BENDING their own rules under COVID-19 Universal Lockdown and Mandatory Disassociation Rules ? So the Rule of the Beast 666 is beyond religious stuff, and Satan’s own interest is to rule all and demand universal worship, not shrouded under any cover after he has completely taken over – what would he gain by ordering Sunday worship – for which people or religion, and how about the rest, and if all, who would the people worship on Sunday?

This Chip thing has been in the domain for about two decades but people who believe it or have heard of it fail to connect the details or the dots, because it takes a lot of insider details of science and technological advancements; and the intricacies of the Universal Economy, Trade and Banking, and a watching tendency to understand and see the bigger picture. As we speak all the pertinent ingredients are already here with us, everywhere you go, whatever you do. And the developments that are coming together to make the 666 satanic rule possible started right after the Devil overcome man in the Garden. All human advancement endeavors, good and bad, intentional and unintentional are all coming together to make the 666 Rule possible. And the pieces are all here and ready to go, waiting for such catalysts (induced and non-induced) like this COVID-19 pandemic to help join them together. The Last big catalyst will devastate humanity such that individual and national governments will loss the appetite for self-rule, and therefore readily surrender to an internationally recognized “Man of Peace” who with his charm dazzles the world into believing him to fix the woes of the world. This means that his ushering in will come after a combinations of plagues, disasters, faming and wars that will jettison the whole world into hopelessness, needing a Messiah to save the world. And then the False Messiah will rise together with the False Prophet, and they will not be strangers.

“no man might buy or sell, save he that had the mark”,

Now, when the Writings say that “no man might buy or sell, save he that had the mark”, the implication is that since all goods and services are monetized in this our prophetic era, the Beast is so taking control of how things are done so that, without the “mark” of his name; insignia; or number, it going to be virtually impossible to survive, if one does NOT SUBMIT to his rule – Submit or Rebel and PERISH. For instance, under this current Lockdown, how would you escape the Government’s Notice if you are not complying with its stringent rules or Not die if you intend not to be in line with Government control in the advance economic domains? Therefore, the system will be such that you are forced to obey of die.

When you hear about the “Chip”, yes it is a chip, but may come in different physical formats, even as the Writings has indicated, “save he that had 1)‘the mark’, or 2)‘the name of the beast’, or 3)’the number of his name’, Rev 13:17. As at this time that I am writing, they have developed 3 type of the Chip (RFID). One is like a small rice grain that they shot via syringe under the skin. The other is more advanced that can be shot with Vaccines into the body. And the other imprinted into the skin like a tattoo, visible and invisible ones are available.

Now, you heard about the all new 5G fast voice/video/data network? This 5th Generation network is not anything near 4G in relation to speed. 5G is a quantum leap in advancement. So far people have only focused on the legitimate health implications of the strong microwaves (like that in your oven) that it emits. President Trump is fighting Huawei (China) from being the universal provider of the 5G infrastructure, why? President Putin gave the answer last year when advising the Russian youth, “whoever controls AI (artificial intelligence) will control the world”. Receiving any of the above RFID ‘chips’ means being connected personally online with AI when all the other components are in place, now you are a machine, robot as seen by AI. And the speed of this connection means sometimes your next move could be predicted before time – you are connected in real-time; and the implication is that whoever is controlling the AI (via 5G networks) could play God.

This is digital money operated via AI. You’ve heard of Bitcoin and the rest, and it is like your credit card without the use of the physical card. Its essence in operation is like money transfer, where you electronically receive and transfer money. Now many countries are signing on or about to, including China, UAE, Venezuela, Sweden, Russia, Japan, Canada, Senegal, Tunisia, Singapore, Estonia and the rest. Facebook is working on its own, the Libra, and China’s launch is sure to drag the US sooner or later into the fray. Cryptocurrency is going to be the universal One World Currency that visionaries and watchers have seen from afar many years ago.

Now your smartphone; TV; Refrigerator; PC; Cars; Homes; Offices etc are all fitted with either cameras or microphones or both; and are online connected to AI. More cameras and microphones are on the streets and public places. Add the Drones of all size to the size of a Bee; and multiply it with the number of watching satellites in the skies above. Bottom of story you are being watch by many eyes and ears 24/7.

Now in China, your phone starter pack comes with your facial biometric collection before you can get the phone running. Before one could just buy a SIM card, but now you must register with your personal details. Countries are collecting biometric detail for passport; electoral systems; driver’s license etc. In Ghana all houses and structures must have GPS address that come with personal details. Some countries COVID-19 temperature scanning equipment are online, collecting infra-thermal data on people as they get scanned. In no time all workplaces; public places; apartments etc will be fitted with biometric security system to regulate movement. The word is “ALL”.

Are you still waiting on me to connect the dots? The possibilities are endless, and it comes on the face of it with nice things, but the bottom line is that you are fully and securely tracked and controlled. Yet if you want me to offer you some scenario, then here we go: You are already online with AI via many things, being controlled and manipulated. But put the Mark (the RFID chip) on or in your body (of which some few have already done) and you are bio-electronically (to the extent that they can develop this further) online with AI in real time, made possible by 5G connection via the telco masts; satellites; drones; phones; and even your online wifi/bluetooth enabled entertainment appliances. So you go to work, AI detects you by biometric security gates; cameras; phone/radio emission, GPS tracking , and better via your body RFID and the door/gate opens to you – time, date etc all booked. You do a number of hours, with the monitoring of your work quality, and the system fix your wages, Cryptocurrency to your account. After work you take a detour to the supermarket en route home. There is no attendant; you pick what you need, AI tells you to drop some things as your account has run low. You disobey, and then It blocks your way out, door/gate won’t open for you. If you are lucky it calls a human officer to come and pick you up. If not you are handled by a robot officer. If nothing is on duty, you are shot with some chemical from somewhere from the walls to sleep 24 hours until something is ready to attend to you. Or you can be let go and later get picked up from anywhere up to your home. But if they allow debit facility, then you get deducted as soon as something gets to your account – I mean the possibilities are endless. Recently I went to a hospital in an African town. The doctor sent me to the lab; but when I returned she was gone. I went to the OPD reception to complain of my predicament, but was repeatedly told to just produce my hospital card. Confused, but did so. The one who took it just went to the PC asked me few human questions, returned the card and asked me to head for the Pharmacy some meters away. I did and produced my card and was given my drugs. If I had renewed my insurance or my bank account was connected I wouldn’t need to produce any physical currency.

How would you stay out of such a system, and this is only the technological part of the 666 control system? And everything will be mandatory, and enforcement very harsh. You would need to Firmly trust and rely on YAHOWAH, the Creator from now on before it is too late. And time is running out, fast.

(The Spirit is not Void of the Flesh)