Bernard Allottey Jacobs: A Sacrificed Lamb Borne Out Of Political Ignorance Or Miscalculations 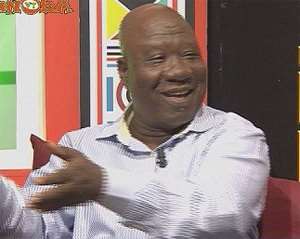 "Sometimes, the little rock is within our shoes, and we blame the track for slowing down. Remove the stone and run again, carefully and being aware of the reason for losing the race" (Shahenshah Hafeez Khan)

Just when we were about to go to bed on Wednesday, social media was awash with a circular signed by the NDC National Chairman, Mr. Ofosu Ampofo, invoking some aspects of the NDC constitution as solid grounds for suspending the veteran politician and Social Commentator: Bernard Allotey Jacobs, immediate past NDC Regional Chairman of the Central region of Ghana.

Educated Fisherman, as his close allies affectionately call him is believed to be from the CPP stock as evidenced in most NDC veteran politicians.

He was part of the alliance between some elements of CPP and that of Jerry John Rawlings in 1992.

After winning the elections of 1992, Allottey stayed put in NDC and never joined the changed new alliance between the same CPP stock and that of the New Patriotic Party in 1996.

He was a close personal person of the late Professor J. E. A Mills.

Bernard Allottey Jacobs was very instrumental in getting the NDC to win a majority of seats in the Central Region in 2008.

Before then, he had been suspended by the NDC in Central Region for some frivolous reasons.

After toiling and going round begging for resources to help the NDC move from 2 seats ( Ekumfi & Twifo Attimorkwa) in 2004 to win a whooping majority in 2008, Uncle Allottey rose from being a reporter and newspaperman of the Democrat Newspaper to a major stakeholder in the Geopolitical space of Central Region.

For the records, he had and still maintains close friends with people from within the NPP and other political parties.

I got to know him in 2006 at Uncle Biney's Newspaper stand in Cape Coast.

From within the NDC, perhaps, no one knows the geopolitical space of central region in NDC than Uncle Allottey.

He showed great humility even after he grew very powerful during the reign of Prof. Mills.

Right after the 2012 elections, his popularity within the ranks and file of NDC had soared beyond the roofs and in 2013 won a landslide victory over incumbent Adu Yeboah.

He was the man to see if any "mpuntu" would get to your constituency.

He made resources and put it at the disposal of a majority of people in central region irrespective of their party colours.

He is on record to have been paying school fees, helping to bring some infrastructure especially school buildings to most part of central region.

Whenever you met him at a chopbar, you are sure Allottey would pay your bills even if you are in NPP.

He took on board a lot of younger people and threw them into his party.

I used to tease him out on his take on some candidates within the region and he never got it wrong in the selection of NDC Candidates for Parliamentary seats.

Somewhere in 2008, I attended an NDC delegate congress at Batanyaa and saw a major potential of David Abaka Yawson Snr. He told me one Dadzie was going to win because he knew even though Abaka Yawson was popular amongst the delegates, that my Party, the NPP can easily beat him and retain the seat come 2008 so he was around to make sure Dadzie wins!

A change of Dadzie's candidature and the NPP regained the Abura Asebu Kwamankese Constituency Seat in 2016.

He might have limited formal education but trust me, Allottey knows native politics.

NDC LOST WHOOPINGLY UNDER HIS CHAIRMANSHIP IN 2016

Prior to 2016, we put our acts together as a Party, put in the necessary structures to neutralized Uncle Allottey.

I would not put any of such measures here in the public domain but would give out just two!

Before 2012, Allottey had a field day at Peace FM as the sole fante representative and he was hitting on point till we came together to present theme current Regional Minister, Hon. Kwamena Duncan to neutralize him on peace FM.

The day the announcement came out, I told some friends we shall win all the 23 seats in Central region.

To me, it was crazy for the NDC to have a sitting MP who was contesting for a seat as campaign Coordinator as against a regional chairman elected by his people to coordinate party activities including campaigns within the region. That was a big tactical miscalculations that the NDC paid dearly in December 2016.

See, in politics, the regional chairman is the link between the constituency and the national campaign.

Making Ato Forson, (a sitting member of parliament,) who works under the supervision of the Regional Chairman, the Coordinator meant;

2. Allottey would now have to report to Ato Forson for onward transmission to NDC Accra.

Some of us studied it and punched holes in it fanning it till the cracks widened.

With a dent ego, I never saw Uncle Allottey play any significant role.

Mahama was just concerting across the region through helicopters giving us a field day on the ground.

In fact on one occasion he jetted into Denkyira West as the NPP Presidential Candidate was on foot to Denkyira East.

By the time Mahama got to Diaso, most of the electorate were at Ofin-Dunkwa dancing to "Nana nana oy3 winner ooo" in front of the palace in a mammoth rally.

As soon as the helicopter passed over, come and see hooting!

So dear reader, where would you think the campaign Coordinator would be a few days to elections day?

a. Follow the NDC Flagbearer to far away Diaso?

b. Stay in his Ajumako Constituency to fight a stronger NPP Candidate in the person of Ransford Kwesi Nyarko?

Your guess is as good as mine.

As someone who is very much interested in political research, I followed the NDC Flagbearer, then President Mahama to almost everywhere he visited in central region.

They spent most part of their time insulting Akufo Addo and the NPP.

For two hours at Yamoranza market, it was to explain how *osono y3 aboa* ( the elephant is an animal ) by Mr. Beautiful and some comedians.

They took the shine out of my Uncle Allottey. How can someone like Mr. Beautiful be given a platform whilst the versatile and grassroot man, Allottey stays at the sides watching?

*Victory has a hundred fathers and defeat is an orphan*

In the end, the NDC lost by 10th December, 2016. Allottey was singled out for blame. Like a lamb, he was offered sheepishly to the alter to be slaughtered.

The people who took the decision to make Ato Forson, the campaign Coordinator over Allottey never got blamed!

The people who took the decision to put Mr. Beautiful on the platform over Allottey, never got blamed!

The people who took the decision to fly Mahama above the votes in the skies never got blamed!

The PC who went to bed and had no strategy to counter the superior strategy of the NPP in the various constituencies never got blamed!

Poor old Uncle Allottey was singled out for the failure of NDC in central region and got slaughtered.

Today, is seemed no more relevant to the NDC to the point a wrong article within the NDC constitution on reforms is alleged to be quoted as basis for suspending the once powerful Allottey Jacobs.

Lessons for up and coming politicians

As young persons, we should learn from the examples of Allottey. I would not say this is an NDC matter. It shows how our society treat once useful people when you are no longer useful to their course.

When you go to bed tonight, ponder over Allottey Jacobs issue and ask yourself whether this can't happen to you.