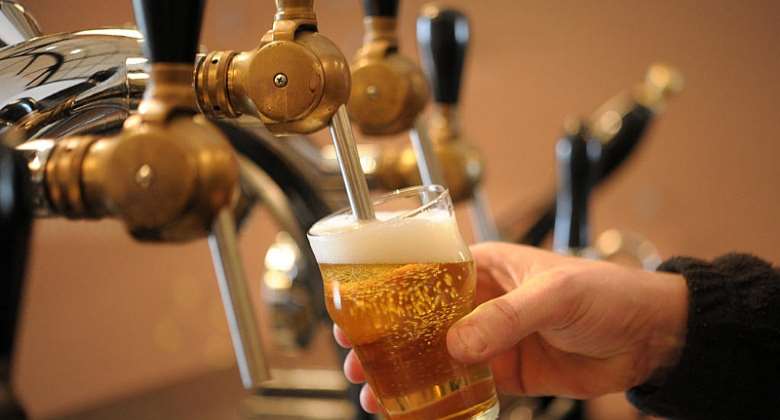 The union for French breweries says 10 million litres of beer will have to be destroyed due to the closure of bars and restaurants under the coronavirus lockdown, putting even more pressure on business owners already struggling with the uncertainty of when they will be able to reopen.

"The sudden closing of restaurants, cafés, bars, tourism and the cancellation of festivals and trade fairs means at least 10 million litres of beer, mostly in barrels, is going to waste," the organisation Brasseurs de France said in a statement on Tuesday.

"At the end of winter, brasseries stocked up on beer for the coming season, which they haven't been able to sell,", referring to a period which would've been getting underway when the lockdown came into force on 17 March.

The reason it needs to be destroyed, it says, is that the beer in fashion at the moment is unpasterised, which makes it more fragile, contrary to the classic blond beers.

"This type of beer is full of hops, and if you keep it too long, over two or three months, the taste and aroma disappears."

"The destruction of the beer will have a considerable economic impact on business owners," the union says, calling on the government to step in an help out financially.

There has been an outpouring of reaction on social media from beer enthusiasts.

Although 10 million litres appears a drop in the ocean compared to the 22,5 million hectolitres of beer forecast to be produced this year, the financial impact is still worth several million euros for an industry that has already been weakened by the covid-19 crisis.

According to a survey of 300 union members at the end of April, around 25 percent of breweries said they were forced to close, their activity hampered by the lockdown.

70 percent said they had lost 50 percent of their turnover or more since the 15 March.

Among their requests, Brasseurs de France is calling for the government to cancel certain taxes linked to the running of their business and production costs in 2020, the extension of partial unemployment benefits already in place, and a reduction of the goods and services tax.

They are also calling for logistical help to destroy the stock, similar to a request made by wine-makers.

"Without government help, hundreds of brasseries risk closing definitively, taking with them thousands of jobs, directly or indirectly, a real loss for what is a rich tradition in France," Mattias Fekl, president of Brasseurs de France union told BFMTV on Tuesday.