David Bowie dies of cancer at 69; Tributes paid to him from across the world 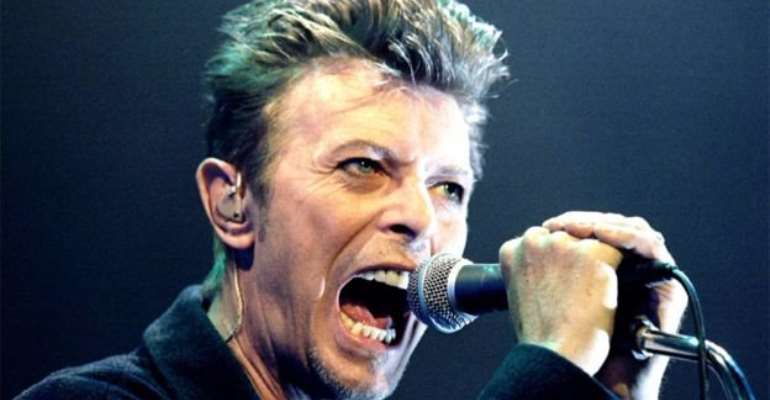 Tributes have been paid to Icinonic Singer, David Bowie from across the world of entertainment.

The Singer died at the age of 69 from cancer.
His son, film director Duncan Jones, confirmed the news and a statement was issued on his social media accounts, Monday.

"David Bowie died peacefully today surrounded by his family after a courageous 18-month battle with cancer," it said.

"While many of you will share in this loss, we ask that you respect the family's privacy during their time of grief."

The singer only released his latest album Blackstar on his birthday on Friday.

Rapper Kanye West said: "David Bowie was one of my most important inspirations, so fearless, so creative, he gave us magic for a lifetime."

Comedian and actor Ricky Gervais, who convinced Bowie to star as himself and ridicule Gervais in an episode of 2006 sitcom Extras, wrote simply: "I just lost a hero. RIP David Bowie."

Comedian and writer Eddie Izzard said: "Very sad to hear about the death of David Bowie but through his music he will live forever."

Bowie collaborator Rick Wakeman wrote on Twitter: "As I'm sure you can imagine I'm gutted hearing of David's passing. He was the biggest influence & encouragement I could ever have wished for."

And Prime Minister David Cameron said: "I grew up listening to and watching the pop genius David Bowie. He was a master of re-invention, who kept getting it right. A huge loss."