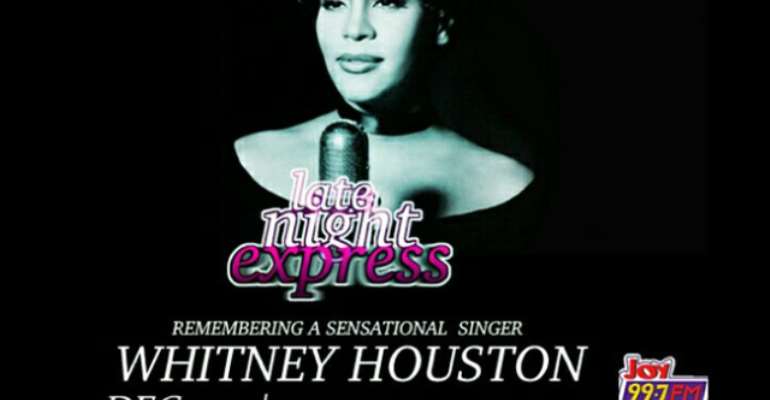 After a successful tribute to Joe Thomas, the Late Night Express will celebrate one of best vocalist to have graced the world music scene.

Kofi Laing, host of the show, will on Tuesday take on the undisputed voice of our time, Whitney Houston in an unforgettable night of the best in music.

He will be joined by one of Ghana’s talented vocalist Sandra Audrey Huson and a panel of Whitney Huston enthusiasts to make the show a memorable one.

Listeners have to tune in tomorrow Tuesday, December 22 between 10pm to 12 midnight and “get yourself a treat for the festive season.”

In 2009, Guinness World Records cited her as the most awarded female act of all time.

Houston is one of pop music's best-selling music artists of all-time, with an estimated 170–200 million records sold worldwide.

She released seven studio albums and three movie soundtrack albums, all of which have diamond, multi-platinum, platinum or gold certification.

Houston's crossover appeal on the popular music charts, as well as her prominence on MTV, starting with her video for "How Will I Know", influenced several African American women artists who follow in her footsteps.