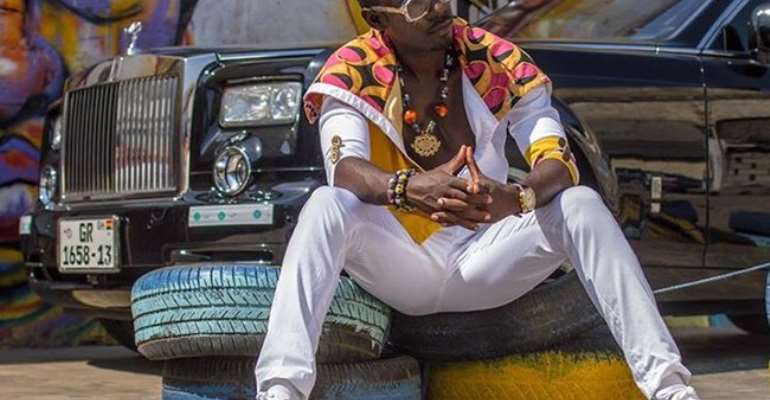 The relationship between the two ended on September 18, 2015 and according to the rapper, the decision was taken in pursuit of the next phase of his career and other opportunities he has decided to pursue.

Okyeame Kwame has been an MTN brand ambassador for five years and during that phase of his career, “MTN supported Okyeame Kwame with digital innovations, brand activations and the critically acclaimed Versatile Show,” the rapper said in a statement to Myjoyonline.com.

“Together, Okyeame and MTN forged a give and take relationship that saw each other leveraging off the other’s platforms for mutually beneficial purposes,” he added.

The ‘Woara’ hit singer noted that while the five-year icon association was beneficial, the deal also restricted him in the areas of sponsorships, performances, innovation so he has decided to move on.

He also won six prestigious awards. Key among his achievements was his championing of the Hepatitis B awareness campaign, supported by MTN Ghana foundation, across Ghana.

OK, showing his appreciation for the telecoms operator’s support to his career, said, “It is important for corporate Ghana to invest in supporting artistes who seek to leave a legacy greater than their music and I want to commend them for what has been a great experience.”

On the verge of celebrating his twenty-year milestone in the Ghanaian music industry, OK has released a single titled “small small” which features dancehall artiste, Mzvee.

The rapper revealed that he is filming a world-class video with Phamous Philms to compliment the hit song whose message and relevance “comes at a time when Ghanaians from all walks of life need to do a re-examination of their lifestyles based on the principles of hard work, integrity and commitment to sustainable personal growth.”

“Everyone wants to succeed overnight in endeavours which naturally require greater investments of time, hard work and dedication. I believe as artistes we must contribute our quota to national development by using our celebrity status to help engage our communities both around fun as well as serious issues,” he added.

Okyeame Kwame (OK), a family man, is currently a student at the University of Ghana, Legon, pursuing a master’s degree in Marketing Strategy.