Hannah Marfo to sue Brother Sammy for 'stealing' her songs 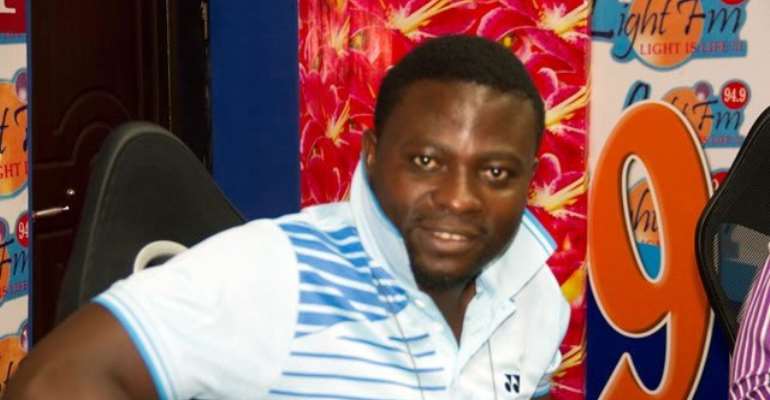 The 'Nyame de nyema be ahinta me' hit singer is peeved that persistent warnings to Bro. Sammy, who is famous for coming out with a medley of popular tunes, to follow the right procedures under the copyright laws were blatantly disregarded.

The songs in question 'Yensom Obiaa' and 'Mitiho a 3s3 s3 mida wu asi' were among several hit songs written, arranged and sung by Hannah Marfo herself, her management maintained.

Her manager, Eric Akoto told myjoyonline.com that even after appropriating the songs, they still extended an olive branch to Brother Sammy and his management to ensure that the issue was settled amicably as gospel artistes, but they were ignored.

“[When we discovered that] they were going to use her intellectual property we asked them to come and negotiate with us. I myself picked a phone and called Bro. Sammy’s executive producer but he told me he was not ready to negotiate because the amount I was quoting was expensive.

“He decided to drop the two songs from his album, but we were amazed that as at last year, they have recorded the songs and are selling them,” he fumed.

“The court would have to pick it up,” Mr. Akoto emphasized. “I think that is the best way, we tried calling our brother; he is not coming, he is still selling the songs, we have given you a letter but you are not still complying with what we have given to you, so the best thing is for the court to take up the matter.”

Hannah Marfo’s manager would not say the exact amount they are demanding from Brother Sammy, except to say that; “don’t forget that a song can even be purchased for more than five thousand cedis or 10 thousand cedis….as to how many copies he has sold we can’t tell, it can be 50,000 or 100,000”.

When myjoyonline.com contacted the Chief Executive of Brain Media Network, Prince Owusu Agyemang, who manages Brother Sammy, he admitted being contacted by Hannah Marfo’s lawyer but said he was yet to receive a letter they sent to him about a week ago.

He also noted: “Hannah Marfo herself called me and then told me that Sammy has her song on his album, but I am not familiar with that song in the first place, I don’t know the song she is talking about.”

“The album that we are talking about is not a recorded album that we have recorded in the studio, they are live programmes some in the churches and radios. People have been dubbing it for free on their phones and other stuff. So they told us they want some so we just recorded it…even though we are selling it, it is not a specially recorded album,” he claimed.

He said a new album being recorded in the studio is without the two songs in question.

Mr. Agyemang conceded that Hannah Marfo's Manager once called him demanding 2,000 cedis for a song but said no agreement was reached.