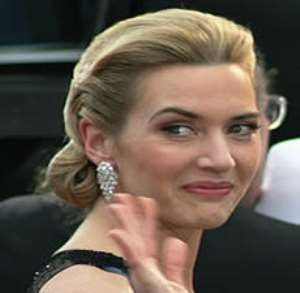 ITV1 drama Downton Abbey has won four prizes and Kate Winslet the best actress in a mini-series honour at the annual Emmy Awards in Los Angeles.

Winslet won the Emmy for her role in Mildred Pierce, a drama about a woman who bakes her way out of poverty.

A taped comedy routine by Alec Baldwin was cut as it contained a joke about the News Corp phone-hacking scandal.

Accepting the award, Winslet said she wanted to share the gong with her mother.

He added: "And at the risk of sounding grandiloquent, I would like to thank you, the American industry. Ten years ago you kick-started my second career with an Oscar, tonight you have nurtured it, I am very grateful, thank you."

Brian Percival also scooped an award for directing the hit period drama, which celebrated its successes on the same weekend as the second series of the show began.

Luther actor Idris Elba lost out to Barry Pepper of The Kennedys for lead actor in a mini-series or movie.

The HBO programme was pipped by advertising drama Mad Men for the title of best drama series, its fourth successive Emmy.

Other nominees in the category were The Good Wife, Dexter, Friday Night Lights and Game Of Thrones.

The role was famously played by Joan Crawford in a 1945 film noir.

Winslet beat Elizabeth McGovern, who plays the Countess of Grantham in ITV1's Downton Abbey, in the category of best actress in a mini-series.

Jean Marsh was also nominated in this category for her portrayal of parlour maid Rose Buck in the BBC's Upstairs, Downstairs.

House star Hugh Laurie lost out to Kyle Chandler of Friday Night Lights in the lead actor in a drama series category.

The awards were hosted by Glee's Jane Lynch, herself shortlisted for best supporting actress in a comedy series.

Goodie bags
Comedy programmes took the early Emmys, with Melissa McCarthy taking the best actress in a comedy series and Jim Parsons of Big Bang Theory being honoured best actor in a comedy.

At Saturday's run-through, Poehler jokingly presented her Emmy to Barack Obama, "for this rehearsal only."

When producers asked her to practice accepting the award, in case the recipient was absent, she playfully admonished: "[He] thought he was too special to come tonight. Bad move."

Meanwhile, stars attending the ceremony were being lavished with the customary gift bags.

Despite the economic downturn, freebies were in great abundance with notebook computers, designer sunglasses, handbags and even high-end baby strollers on offer.

But these were all distractions from the night's main prize - a golden Emmy statuette.

Shows with multiple nominations this year included Tina Fey's comedy series 30 Rock, and legal drama The Good Wife, both of which had six nods.

So, too, had Too Big To Fail, a dramatisation of the 2008 financial meltdown by LA Confidential director Curtis Hanson.