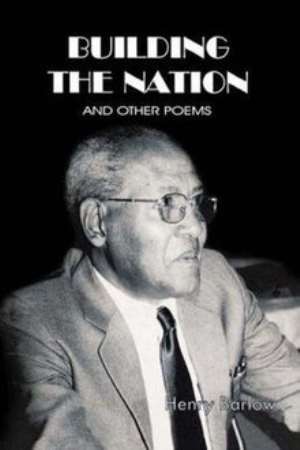 In every society, two classes of survivors emerge as each strives to make ends meet. The battles of life have always been between the rich and poor as the popular childhood song goes

“Life in this world is a great struggle, both for the young and old, for even those who have great riches have troubles of their own. Rich men envy poor men; poor men envy the rich…”

The truth is that these strives and struggles among the poor and the rich in the society are what is actually building the nation.

The wealthy engrossed in the “niceties” of life, an abundance of comfort and relaxation that life has to offer. The tall and long table covered with different foods, desserts and plenty of wine to fill their stomachs. The food crumbs from their table become the best delicacy for their dogs and fortunately the needy on the streets by luck. One begins to wonder “from where does the plenty emerge? Answer: the exploitation of the poor in a nation as stated by Christopher Muwanga in his poem – “Building the Nation”

In the same way, the poet in Stanza 3, line 6 explains how the poor weep each night for survival - Their smiles tend to be fane, their joy of a plate of rice for the day is always short-lived as hunger comes back knocking at the door of their stomach. The sacrifices parent make for their children prove fruitless as they get poorer and poorer as the days go by.

Indeed the above points are so true. The rich and leaders in today's nations are exploiting the poor and followers respectively for their selfish interests. But the question I asked myself and I believe you are equally thinking about at this moment is "do we not have different, but important roles to play as 'poor and rich' in building our nation?"

With the earlier point notwithstanding, the process of nation-building requires a common idea of statehood and belonging, a perception of a common past, present, and future which the poor and rich share. Ideally, this was not introduced by Christopher in his poem. Nation building seeks to contribute a stable international peace that emphasizes democratic participation of the ordinary people to build their societies, economy, and policies that meet their basic needs so they are not driven by poverty, unemployment and limited education. “Show me the heroes that the youth of your country looks up to, and I will tell you the future of your country”. Idowu Koyenikan, writer of “wealth of all Africans: how every African can live the life of their Dreams stated this to emphasize the need for prominent leaders to be guided as role models for future prospects to promote nation-building.

For once, let us imagine a world full of rich without the poor: The consequence will be a world with less value for wealth. The same way, envision a world full of poor without the rich: The result will be a world full of mediocre. A world occupied by leaders without followers, a world with supervisors without laborers, a world with teachers without students. Indeed, everything becomes stalled and the people and their territory remain unfit to assume the name, NATION. The nation becomes desolate with people I cannot help but refer to as SAVAGES. Endowed with intellectual minds, yet with no possibility of thinking, with gifted hands and legs, and yet blinded by the assumption of not being able to work. The world offers us both the desire to make wealth, by exploiting the rich heritage of our lands. Not until we as a people assume our respective roles and discover our destiny to change the world, the world will then continue to laugh at the creative minds it owns. Without the rich, the poor remains a nobody and without the poor, the rich remains a no body. Therefore, both the poor and the rich may be different entities but with one land to protect and build.

With this evidence, it takes both the rich and the poor to build the nation and create a path to guide our future prospects hence the theme it takes 2 to build a nation. When the rich decide to serve and sacrifice his time in implementing policies that will benefit his citizen, the poor on the other hand is responsible for themselves in making use of this platform provided to improve and better their standard of living.

When both parties recognize their individual roles and play them, I believe and I know you know that the nation will remain a beneficial and comfortable place for you and me as well as our families and friends.