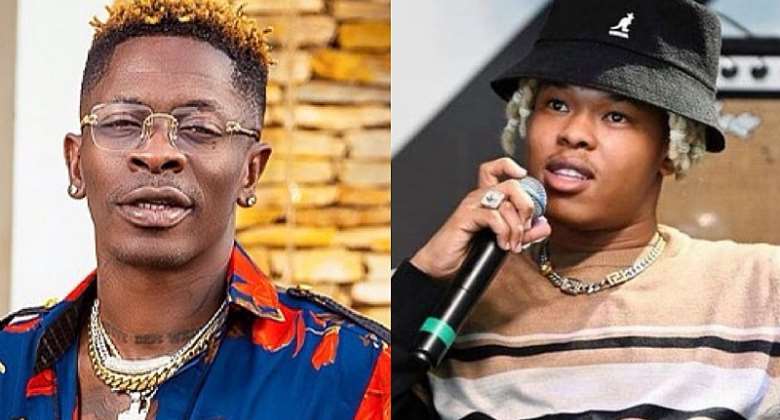 While on a media tour in Ghana in 2018, Nasty C reportedly said: “I have heard the name Shatta Wale but not his works. I don’t know if he is a man or woman.”

That was his answer to whether he knew Shatta Wale.

The above statement according to the South African hip-hop singer, Nasty C, is a twisted one.

“I was out in Accra, media run for my album was turning into a mess, if you tuned in [to the interview(s)], you could guess.

“They asked me if I knew Shatta [Wale], and they said he’s one of the best. My honest answer ended up being twisted up by the press,” Nasty C stated without saying what his exact words were.

Clarifying the old brouhaha in an interview on South Africa-based Metro TV recently, he commended the Ghanaian dancehall musician Shatta Wale for staying calm after the supposedly misquoted statement.

That attitude, exhibited by Shatta, according to Nasty C, made him respect the Ghanaian dancehall stalwart.

“He understood that, so there’s really nothing there to address, but I thought I’d speak on it to put it to rest.

“………show that man [Shatta Wale] some respect,” he concluded.

Turkey earthquake: Christian Atsu yet to be found
27 minutes ago