My daughter will always be good, regardless — says Medikal as divorce looms 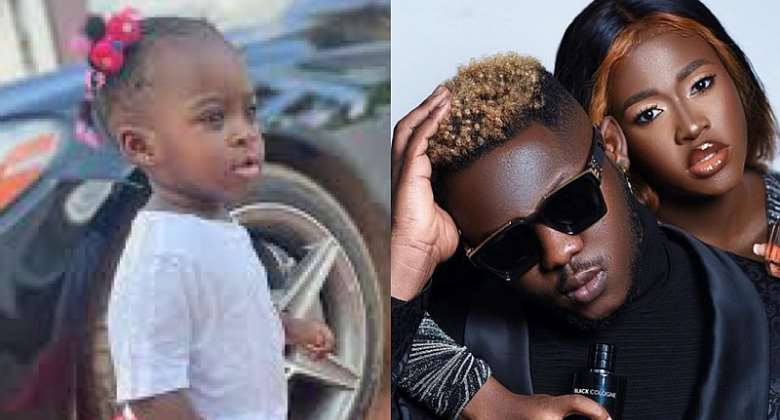 Rumors of a possible divorce between Medikal and his wife, Fella Makafui keep trending each moment.

Medikal has given an assurance that his two-year-old daughter, Island Frimpong will continuously remain in good hands despite the challenges their relationship is going through.

Before this comment, the AMG music signee asserted that married women should always remain loyal and humble to their husbands, no matter what the situation may be.

“Wives should be respectful, submissive, appreciative, and stress-free," Medikal wrote in his Snapchat story.

Following this, the camp of Medikal is already awaiting a supposed big thing from the rapper's wife, Fella Makafui.

The rapper's wife took to his Twitter account to hint at a possible move she is about to make in her life that may shock Ghanaians.

In the said tweet, which has since been deleted, the actress and musician left two thoughts in the minds of her followers and those of her husband by saying, "I'm about to make the biggest decision of my life."

The story keeps getting interesting as Fella has deleted all her pictures from social media after her controversial tweet was deleted, a move many belief is a sign that she is enduring a worse moment in marriage.