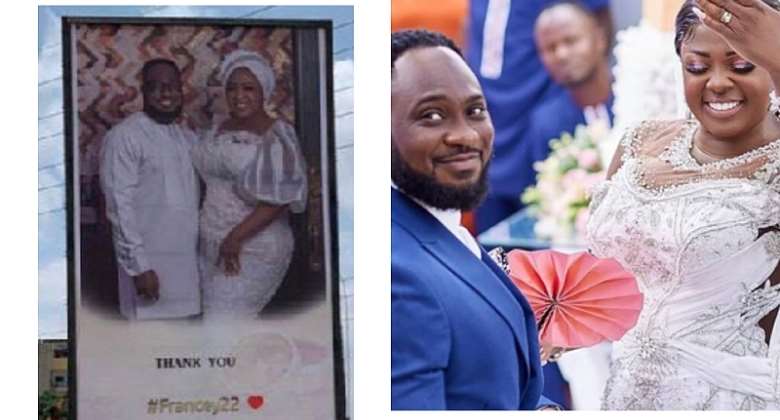 Tracey Boakye unexpectedly announced her marriage before the ceremony, hinting that she would paint Kumasi red for her historic wedding dubbed "#Francey22."

Many people were sceptical when she said that. They assumed she was joking with her followers.

To the surprise of many, both traditional and white wedding ceremonies were held on Thursday, July 28, 2022.

It was after this, that many discovered that she was indeed walking down the aisle.

Following this, the actress has mounted billboards with the inscription "Thank you, #Francey 22," across almost all of the country's 16 regional capitals in an attempt to publicly express her gratitude to her well-wishers and those who attended her wedding.

However, many consider her actions to be a waste of money. They believe that such money should have been spent on something worthwhile.