'You promised to build regional theatres, up till date no show' — Clemento Suarez to government 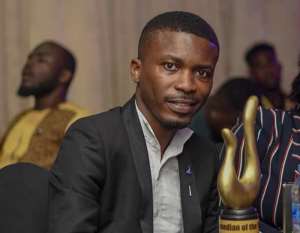 Clement Ashiteye, a Ghanaian comedian and comic rapper known professionally as Clemento Suarez, seems very disappointed in government for failure to fulfil the promise of building regional theatres across the country.

The ruling New Patriotic Party (NPP), as part of its campaign promises prior to the 2016 and 2020 elections, pledged to build national theatres in each of the country's 16 regions to help boost the creative arts industry and also generate a reasonable amount of income for the country.

However, government, after five years in office, has made no attempt about the project, which has incited the award-winning comedian to urge government to revisit its promise and fulfil it.

In an interview with the Accra-based Graphic Showbiz, Suarez revealed that such a promise was a major reason most industry players supported and campaigned for Akufo-Addo to become President.

“In both the 2016 and 2020 manifestos of the NPP, the President promised to put up regional theatres, but to date, no show. Mr. President, Mr President, we are waiting," he bemoaned.

Regarding his career as a comedian in Ghana, Clemento Suarez said beating well-known musicians like Sarkodie and Stonebwoy for an Emmy Award and helping to launch the careers of upcoming comics are by far his greatest accomplishments.

“I was in the same category with Sarkodie and Stonebwoy so for me to come up tops, I was very happy. Aside from awards, my biggest achievement is my ability to pave way for my juniors to make a living out of stage acting and comedy. To see people happy makes me happy, not just make them laugh but get fulfilment from it,” he said.