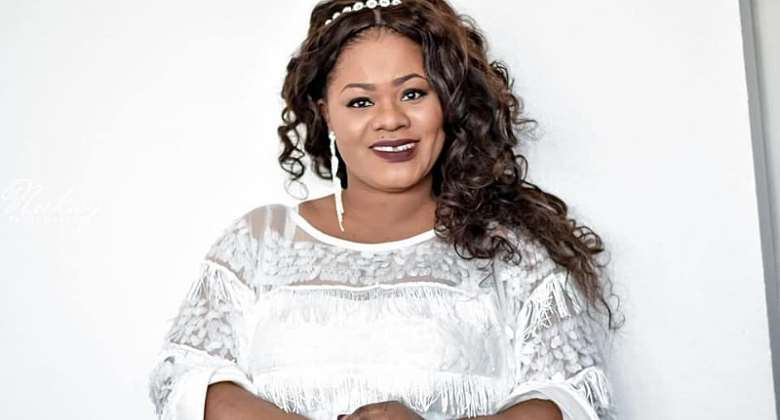 Musicians the world over have told different stories about how they come by the songs they produce.

While some claim they get their inspiration through dreams, others observe what happens around them and translate them into music.

This is exactly the case of celebrated Ghanaian gospel musician, Obaapa Christy who has revealed that she has never put pen to paper to write the lyrics of her songs.

Speaking in an exclusive interview on 'JukeBox' - an entertainment show hosted by Nana Adwoa Annan on Atinka TV, Obaa Christy who was answering a question in line with whether she comes by her songs by writing them said:

"I don't write my songs...my new song 'The Glory' i didn't write it ooo ...Like putting pen to paper even my pen and book got missing way back...I don't have pen and a book; so I have never written my own songs...the songs just runs through my head then I quickly go to the studio and produce it," Obaapa told Nana Adwoa Annan.

According to the multiple award-winning gospel musician, "My previous songs were written for me by Dan Bassie but the new one now I did everything by myself".

Obaapa Christy who is noted for hit songs like "Hyebre Sesafo" and "Mema Mani So" is currently promoting her newest single track dubbed 'The Glory'.

Watch her submission in the video below

Latest Photo Reports
Catch up with all the political quotes from our politicians.
Advertise here
More from Gospel News
ModernGhana Links
Pay Gospel artistes after shows, 'God bless you' is not enough — Patience Nyarko to church leaders
Morris Makafui reveals why he recorded ''It is God''
Joe Mettle drops 7th album " The Kadosh "
TOP STORIES