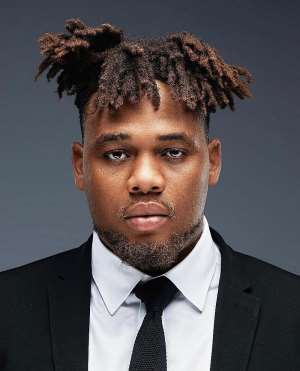 On the cover of Buju's EP, he is on call while his eyes are fixed on his wristwatch. The artwork signifies a look at his future, a reflection on his past and an apology to the fans he kept waiting for more than a year. No wonder when he called the EP, ‘Sorry, I'm Late’, no one questioned him, Buju was late, he appeased the fans with a 7 track EP.

The numbers have been impressive on digital stores, his management has been popping the champagne and all other alcoholics, the big question remains, how did Buju fare on SIL?

Born in Lagos more than two decades ago, Buju cut his teeth in the choir in the church, for a child who sees music as a fun activity, he later got drawn into songs from the then popping Olu Maintain and Dbanj.

In February 2018, he released his debut single ‘Catch A Vibe’ which garnered minimal rotations amongst friends, he followed it up with a Lagos tribute ‘A Day In Lagos’, Cool Kid and then Wahala.

After a lot of tagging on Twitter, he finally got a verse from rapper Zlatan Ibile, who also paid for the video of the song ‘Spiritual’, Buju ended 2019 with the release of ‘Lenu', the sing was included in his “To Your Ears” EP alongside the TMXO produced ‘Ohema’.

Spaceship Entertainment announced the signing of Buju to their label with the release of the audio and video of Lenu remix, this time around, Buju's mentor—Burna Boy featured as a guest on the remix. For more than eight months, Buju didn't drop any solo songs after Lenu Remix. He made a return in December 2020 with the release of the Amapiano inflected “So Lovely”, it failed to fly. It signaled an exit from the label.

2020 was never the best year for Buju but he switched it up in 2021 and he doesn't look like stopping, from helping Ladipoe etched his biggest record in 2021—Feelings to Blaqbonez's Bling down to the collab with Basket Mouth, Savage, and Timaya, Buju has had it full.

Over 19 minutes plus spins, Buju takes the listeners through his state of mind. With Timi jay, Rexxie, Denzl , Steph and Pertz on the production, Buju sonically leads the fans on, from self acclamation to party track, he even jumped on a high life vibe via the collaboration with the Highlife band ‘The Cavemen’.

‘Daniel Benson’—the opening number introduces the listeners to Buju, over a mid-tempo, he tells stories about himself; his brand, his upbringing while waving the middle finger to the naysayers. The curtain-raiser continues on the second track ‘Never Stopped’. The ambient mood got retained but the lyrics are overwhelming, for a guy who has been involved in a lot of career upheaval, speaking about his craft, more importantly, to remind the fans about his creativity is a necessity.

Buju's strength has always lain in the pristine way he weaves his melody, to sway the girls to his side, to make you nod or shake your bum bum(apology to Timaya). On “Something Sweet”, he brought that magic to the fore, taking the listener on a jolly ride, with the drums, strings serving as an accomplice.

Buju can be dexterous when he pleases. On The Cavemen assisted ‘Ogechukwu’, he reflects about life and the importance of money in the journey. It's still a nod to the theme of the first two tracks on the EP.

SIL ends with ‘For Here’ and ‘I Do’. On the former, Buju croons about rejection from a girl, the latter is prophetic and signals an artist in tune with his talent, unperturbed about the critics. In a society where celebrities are seen as superhuman, Buju lets his guard down. He reveals some of his insecurities.

SIL serves as an introduction to Buju's, it is a form of pacifier for his fans who have been thirsty for his music in the last two years, for the critics. For his ability to almost go solo on this EP, it shows that Buju is in tune with his craft, rather than go on needless features, he walked the talk, at the end of the play, we have a potpourri of songs, the impact might be minimal for now but one thing looks certain, Buju would be here for a minute.

Latest Photo Reports
Catch up with all the political quotes from our politicians.
Advertise here
More from Hiplife News
ModernGhana Links
‘I took longer than a year to complete my album’ — MzVee
Featuring King Maaga, On "Nobody" was a big mistake — Kweku Bee to Kwame Yogot
King Promise performs at Oh My! Festival in Rotterdam
TOP STORIES