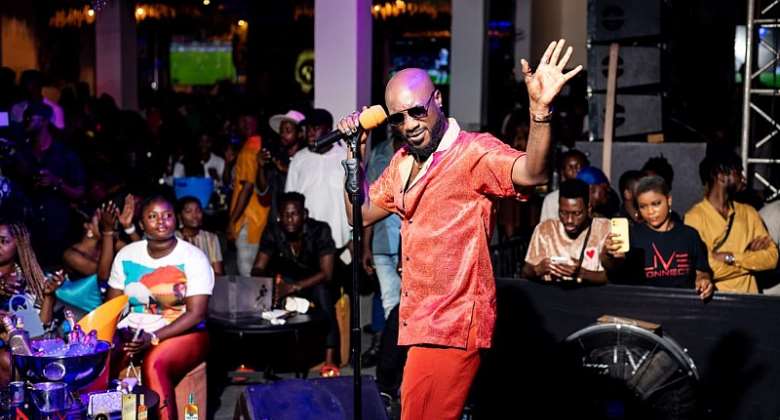 It was an exciting evening at Coco Vanilla in East Legon as legendary musician, Kwabena Kwabena treated fans with exclusive songs from his upcoming album and some old hits during his performance at Live Konnect.

The accomplished highlife artist who also celebrated his 43rd birthday on the same day was joined by some popular Ghanaian musicians such as Cina Soul, Adina, Dblack, Kofi Bruce amongst others.

Kwabena Kwabena known outside entertainment as George Kwabena Adu disclosed at the Dj Mensah orchestrated event that singer Efya is expected to be featured on his sixth Album expected to hit shelves soon.

What is Live Konnect ?

Live Konnect is a platform created by the talented DJ Mensah to bring various celebrated Ghanaian musicians to thrill fans with live band performances every month and provide an opportunity for networking amongst the fans and their stars.