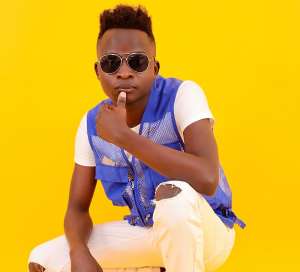 Music is and will always be all about storytelling and for fast rising Kisumu based Kenyan musician, Gabiro Mtu Necessary his music will always be attached to a story revolving around his life and day to day activities.

Currently, the most sought after award winning musician in Kisumu, Gabiro is not only building a steady fan base but also commands a very huge following on social media. His Facebook page is more of a cult than THAT OF fans loving a down to earth musician.

Mtu Necessary as he is known among his peers has just released a 3 track EP DUBBED JENESIS to celebrate his achievement of attaining over 300,000 streams with his last project, MPITO EP as well as garnering over 500,000 streams on BoomPlay; an African music platform with over 3 billion songs from artists across the globe.

“Hitting 385,000 streams on MPITO EP and another 500,000 total streams on my BoomPlay is a very big achievement for me as an independent artist based in Kisumu. Every big hit is made and promoted in the capital but I still do the same stuff in my city and I don’t plan to relocate any time soon,” read part of Gabiro’s celebratory message on his social media.

With every project from Gabiro being attached to a story or a life event, he has released JENESIS EP to not only celebrate his achievement but also pay respect to his late dad who had a very big impact on his growth as an artist.

“In 2019 I convinced my late dad to support my music career financially and strategically and it is at that time that we started working on my first album that was dubbed Jenesis but he died that same year before we released the album. I was hurt and I even became really angry with God and started questioning His existence but God is God and He does everything the way He wants without asking us,” Gabiro posted on his Facebook page.

He continues, “I don't want to let the plans I had with my late dad die with him and so I have decided that I am going to release a mixtape/EP/whatever y'all will allow me to call it and it will have the songs I did before and after I started working with my father as my manager and the title will be JENESIS. After that I am going to release an album now and since it was supposed to be titled JENESIS until when the big man went to heaven I am using that album to pay my respects to him and let his spirit live inside me....I will name that album SAINT JOHN in memory of the late John Odiwuor Kogonda aka JODIFA.”

This is not the first time Mtu Necessary is showing respect to his late dad in his projects as he has in all his previous projects given credits to his father’s entity; Jodifa Enterprises. His close relationship with his father was one that many young artists would like to have when starting as it definitely built a strong foundation for the brand Gabiro Mtu Necessary.

At only 4 days of release, his new EP is already topping BoomPlay and iTunes charts in Kenya with over 20,000 total streams on BoomPlay.