I dare confused, boastful Shatta Wale for a battle at stadium — Raggae artiste 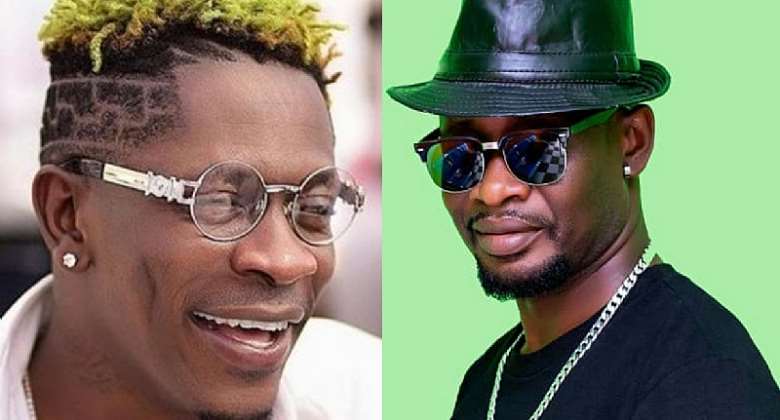 He said he is provoked by the loudmouth dancehall musician Shatta Wale who he claimed has been making a lot of noise in town.

According to him, Shatta Wale is now a confused artiste who has lost focus.

Born Roosevelt Kofi Yeboah, Roo Dube insists it's about time someone makes Shatta Wale shut up with all the braggings.

His comment is in reaction to the ‘Ayoo’ hitmaker’s attack on entertainment journalist Arnold Asamoah Baidoo last weekend on the United Showbiz programme on United Television hosted by Nana Ama McBrown.

On the late entertainment programme, Shatta Wale demanded an apology from Arnold for calling him the most inconsistent and confused artiste in Ghana the previous week on the same show.

Arnold refused to apologize and insisted on his words once again which made the monster in Shatta wale appear. He called Arnold a broke individual who has worked for over 30 years but cannot boast of a single house he built.

Shatta also made fun of Arnold’s sneakers saying he bought them for as cheap as GHc2.50 .

“An elder like me, you should apologize! Orsi Hwe? Because you see me as your child. Arnold, the money I see you haven’t seen some before. Look at the ugly shoe you are wearing. Your Ghc2.50p shoe. You for respect,” Shatta Wale said.

Speaking in an Exclusive Interview with Modernghana New on Thursday, June 17, 2021, Reggae artiste Roo Dube said “He (Shatta Wale) talks too much. What money does he have? He is always browsing but has never been able to declare his account. He should shut up because he just talks too much.

“He should get ready because after the Covid I will challenge him to meet me at the Stadium for us to jump on a beat and see who the real deal is,” Roo Dube concluded.

He said he is convinced Shatta Wale has lost his focus.

According to him, he now understands why Shatta Wale has run away from doing Reggae music and now constantly releasing ‘jama’ songs.

“He [Shatta Wale] is lost. He doesn’t know what genre of music he is doing. He came out as a reggae dancehall artiste. Now because he is lost he is always doing jama songs. So for me, I see him as confused.

“He is just using music as a business and following the crowd. He is not in the music industry to make any real impact.”

Roo Dube, formerly a Hiplife artiste known as Kay Y is now into full-time reggae as he targets making an impact not only in Ghana but on the international stage.

Early this month, he released a new single titled ‘Lockdown’ to warn world leaders to learn from the Coronavirus pandemic and come together for the collective good of future generations.

Listen to his latest track below:

Latest Photo Reports
Catch up with all the political quotes from our politicians.
Advertise here
More from Exclusive News
ModernGhana Links
'I once ate faeces before I was given food' — Celestine Donkor recounts cruel treatment by former madam
Shocking: Netizens blame baldness on too much Gob3, lack of breast milk
I fall in love quickly but always ends up heartbroken — Salma Mumin narrates bitter experience
TOP STORIES