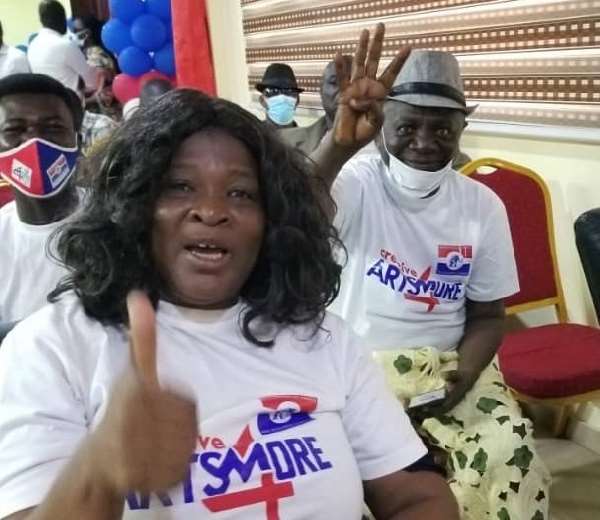 Creative Arts for More, a group made up of creative arts industry stakeholders, has stressed the need for functionaries and members of the New Patriotic Party (NPP) to intensify their house-to-house campaigns for the party to retain political power in the December 7 general election.

According to the group, they have already begun its house-to-house campaign to canvass for votes for the New Patriotic Party (NPP) due to the many gains the sector has achieved since the assumption of office three and half years ago.

The group stressed that the longer the NPP stayed in power, the more opportunities the other sectors within the industry could benefit from government in terms of the provision of quality development projects.

The group made this known at the Creative Arts 4 More Grand Campaign Kick-Off which was under the theme "Sustaining The Progress" at the Accra Tourist Information Centre. It comes after the “4More4Nana” campaign launch, which was officially launched at the Snap Cinema, inside the AMA office complex two weeks ago.

The Chief Executive Officer of the Accra Metropolitan Assembly (AMA), Mohammed Adjei Sowah who was a guest speaker at the ceremony said, the NPP was the only political party that had initiated many social interventions for the country, unlike its political opponent which always misused the gains produced by the former.

He cited the construction of the newly AMA ultra-modern office complex as one of the many interventions the NPP government initiated in the promotion of creative arts related duties in the country.

The venue he indicated has since its inauguration seen several comedy shows, movie premiere among other events aimed at promoting and sustaining the progress of the creative arts industry.

Director for Creative Arts at the National Commission on Culture (NCC), Socrate Safo on his part said the unprecedented achievement of the Nana Addo administration for the Creative Arts Industry could not be left to rot, therefore the party deserves another term to better the foundation built for the sector.

According to him, the objective of members of the Creative Arts for More 2020 Campaign is to interact with ordinary voters and share their experience on the need for continuation concerning leadership in the country “since it is the only way this country and its creative industry can see progress.”

The event saw attendance from Nana Ampadu, Bessa Simons, among other popular actors, actresses, current and old musicians among others.