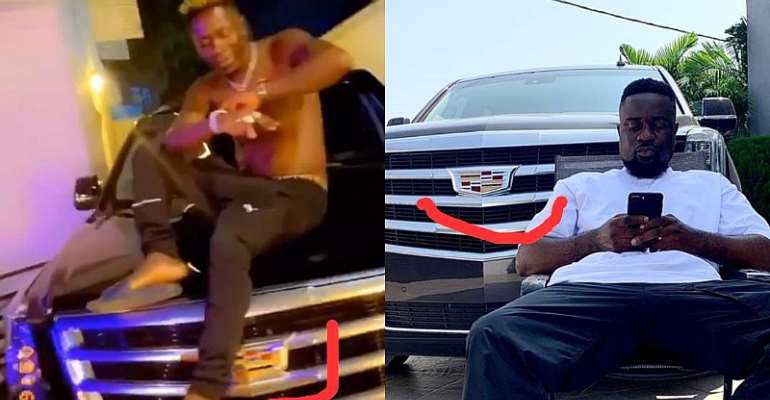 Shatta Wale has shown off his brand new Escalade which Sarkodie also recently showed off his.

A few weeks ago hip hop rapper Sarkodie was seen showing off his Escalade which he had posed in front of to take a photo and later shared on his Instagram page.

Shatta Wale in his usual elements put on the Kumerican swag and said a few things as the camera captured his new Escalade and other expensive cars parked in his mansion.